Spanish director J.A. Bayona has gone from A Monster Calls to a monster ball with his rampaging, relentless and giddy Jurassic World: Fallen Kingdom. This is the dino movie where everything is turned up to eleven and, if the crew didn’t have their blood sugar levels checked at the time, you damn well hope they have done so by now. Let it be said: the minds that worked on this hyperactive flick are surely in need of a good ol’ lie down (at the very, very least). Or maybe one of the mendacious bandits’ tranq guns deployed in Isla Nublar. That might do the trick.

We pick up the pieces 3 years after the events in Jurassic World. The dinosaurs have been left to roam the island without interference, although now their very survival hangs in the balance due to the coughs and splutters of the resident volcano. Thanks to a handy bit of plot exposition by way of a BBC News piece, we are thrust into the politics of activism and a subsequent unauthorised ‘rescue’ mission. Cue the gathering of the troops and the ‘old gang’ back on the road with Claire Dearing (Bryce Dallas Howard) and Owen (Chris Pratt). Revelling in the deceitful nastiness of the archetypal bad guy, Rafe Spall is Eli; a man for whom conscience is a dirty, dirty word. 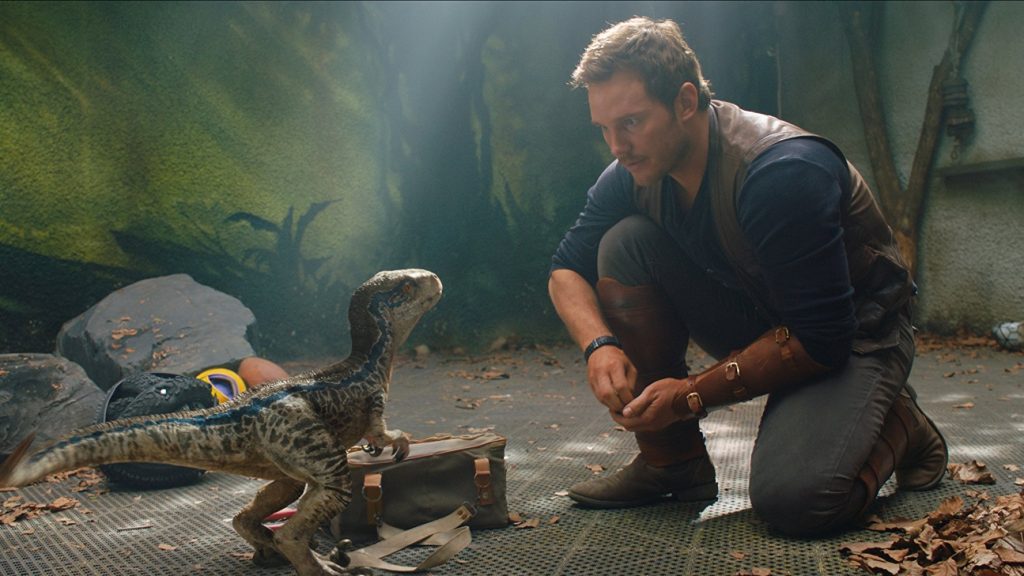 Whilst this edition appears to have been given endorsement by JPark-head OG Jeff Goldblum, who more-or-less bookends this film (we could all do with MORE Goldblum though), this entry really does not hold a candle to the earlier instalments, let alone the original. For the first hour, JR:FK plays like Return to Oz on acid and with added Dinos. As the first act gives way to the mechanics of its grand second by offering the floor to the intrepid child, the returning heroes and the dastardly wiles of our villain, brief cinematic nods are given to Hammer Horror, Rapunzel and even the Terminator (the latter must be unintentional, but the genetically constructed Indoraptor feels more like an end-of-level baddie or the T1000 than an actual living creature).

There is no doubt that Michael Crichton may well be spinning in his grave at what they’ve done with his source material. This is a knuckleheaded, lumbering work that is beyond any recrimination save for, wait for it, the fact that it is also thunderously entertaining (for the most part). Pratt and Dallas Howard bring humour and heart to matters and, Pratt in particular, feels as though he’s well and truly in on the joke. 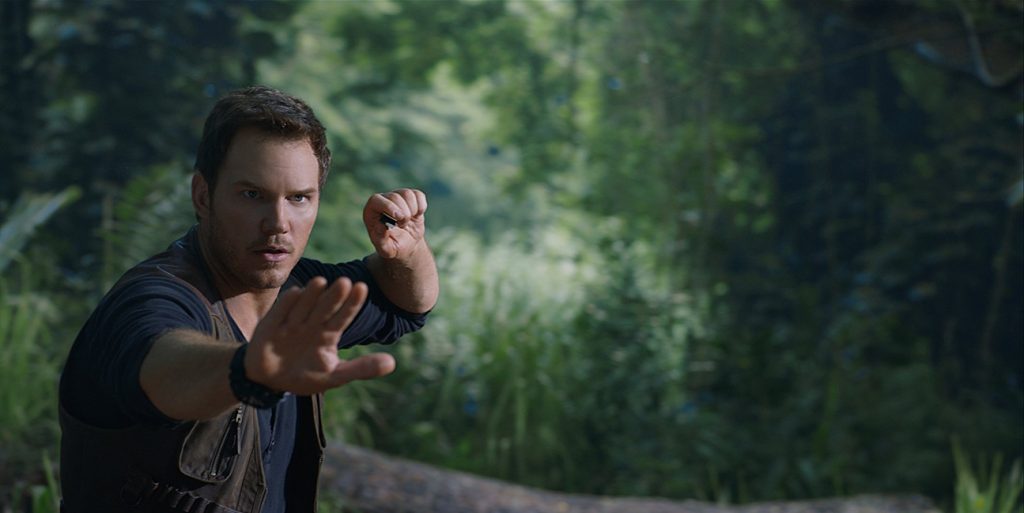 Generally speaking, there is no sensation other than utter bewilderment, a shake of the head and profound disbelief at the carnage, chaos and cliché up on the big screen. No Stone is left unturned or uncrushed, un-burned or unbroken in a free-for-all candy floss assault on the senses. But children will no doubt secure much joy from this popcorn fluff. It’s so frenetic and chaotic that it almost does enough to make erstwhile 2012/Independence Day director Roland Emmerich look like a subtle practitioner with the moving camera.

Whilst the neurones in this piece may be on the verge of extinction, the roar of the roving beast continues to lunge from one disaster to another with no sign of abatement, let alone eradication. Just place the brain in neutral, sit back and gawp at the bonkers placed before you.