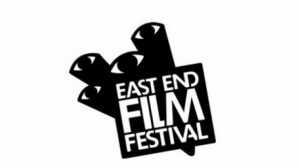 Looking at the strands, Argentinian cinema is the lead national cinema in focus, with selections curated by director in residence Armando Bo, bringing films such as Leones (Jazmin Lopez,) The Wild Ones (Alejandro Fadel) and Viola (Matias Pineiro) to the UK.

British filmmaking, naturally is catered for too, with selections like opener The UK Gold (Mark Donne,) a documentary about topics as wide as tax evasion, the Olympics, nationhood, religion and empire. The Suspension of Disbelief (Mike Figgis) The Heart of Bruno Wizard (Elisabeth Rasmussen) The Man Who’s Mind Exploded (Toby Amies) join it amongst others, to name a few with the most interesting titles.

Another program, Cutting East, includes features, shorts, poetry and music curated by a youth panel and opens with the Girl Talk dance short Girl Walk: All Day. This is joined by Grits and Gravy, a Southern American focused program with screenings of Jim Jarmusch’s revered Tom Waits starring Down by Law, as well as the music doc Muscle Shoals (Greg Camalier). Silent cinema too is included, with an outdoor screening of Argentinian silent La Antena (Esteban Sapir) with live accompaniment.

Industry sessions include Mind the Gap, with expert led panels that focus on the difficulty on making the jump from debut to second feature, prescient in a period where the number of films being made continues to rise as demand diminishes. Another equally forward thinking event dubbed Emerge, led by Mike Figgis, looks at the future of cinema and the role of new technologies in modernising and democratising filmmaking.

This year’s festival offers a diversity of content, big name draws as well as plenty of British feature debuts, off the wall documentaries and shorts collections. With a jury headed by The Guardian critic Peter Bradshaw, as well as directors Morgan Spurlock and Sally El Hossaini, the East Enf Film Festival’s prestige continues to grow despite its humble East End beginnings.