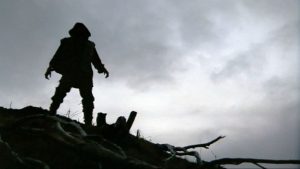 Confusion reigned as the credits rolled on Vincent Wards 1984 film ‘Vigil’. Now it might be the issue with association. The title is a term often associated with religion and observance. Or it could be the film being sold as set in a near dystopian imagined construction of a world familiar. No this is a mistake. The issue is that the film is a confusion of images and themes. Toss is an 11 year old, who lives on a remote farm somewhere in rural New Zealand. Also there are her father, mother and grandfather named Birdie. 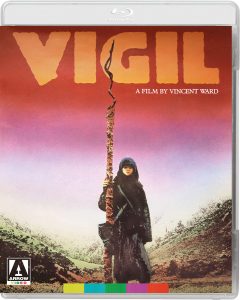 After her father’s is killed, when out herding sheep, she witness a strange man carrying her limp father’s body to her home. The stranger is Ethan. He has wandered into her world and now he moves onto her farm. Beginning a relationship with her mother. Toss converts Ethan from stranger to invader and sets out to protect her isolated world. Vigil is an abundance of emotional outputs that reflected New Zealand rise as a film making nation. It might look like a series of painted canvas, with its director Ward being an artist, this is no surprise. Though it is not only how he captures the remoteness of the surrounds in word less majesty but how he translates this into narrative poetry.  It seems often to trap the audiences attention which in modernity, flows like the mist on the hills this film peoples. Its not all good news. The pacing is leaden at times, it is a mess in its middle section and sometimes it lacks cohesion as it merges into emotions rather then drive. 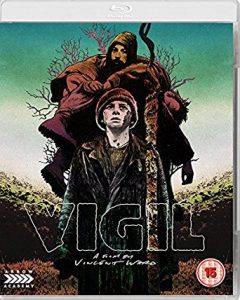 The disc has a very nice but average HD transfer. This is cheapened by the issues of soft focus and light diffusion on the wide space scenes. Now this is not the fault completely of the transfer. The Nick Roddick appreciations sometimes mediates Nicks passion for the film, with a sense that it is more a work of visual art. The real set winner is the Kaleidoscope television documentary. It unpacks who Ward is and what is New Zealands contribution to cinema.