Dracula set in Japan that retains its Gothic heart and those nightmarish dreams with a flavour of Japan! Three tales of vampires from THE VAMPIRE DOLL and a man lost while looking for the one he loved. LAKE OF DRACULA and a golden eyed vampire comes to reek havoc and finishing with EVIL OF DRACULA, A school is the centre of a devilish vampire and his thirst needs to be quenched. 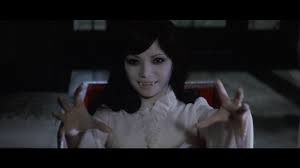 The series may have passed by many a film fan. It falls under films like Hammers Dracula or even Bracula. Well both of these two are matched with this series. The first is a clever, slow burning vampire gothic horror delight which is spellbinding in places. The second is darker and more Gothic with tones of sexuality. It keeps its tone right, if sadly not its pace. The third film plays more to exploration troupes but with a slow build which is vicious and dark. Its fun in places and laughs are there to be found. 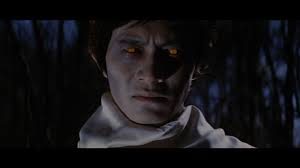 The discs are absent of extras but it is worth noting the quality of the transfer. All three have that hue of 1970’s cinema, warm cinematography and colour tones. Kim Newman is effortless and imparts a series of thoughts on the films which explain context, content and the borrowing from vampire cinema. Jasper Sharp book will be excellent but we have not had a copy to review…