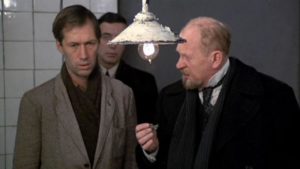 Dino De Laurentiis and Ingmar Bergman do not seem like the most likely of film teams. THE SERPENTS EGG was to be their only coming together. A Hollywood Bergman film that explores the rise of Nazism. Berlin 1923, Circus performer Abel Rosenberg (David Carradine) sees a friends life lost via suicide. This takes him to his sister in law  (Liv Ullmann), she is living in a flat share and working in a cabaret. However the two raise eyebrows and questions in a time that both are deadly for life and limb. 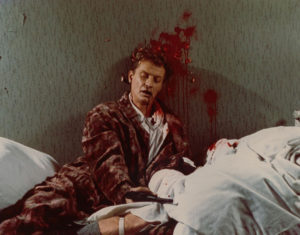 To watch THE SERPENTS EGG is not only to see that can be deconstructed via film language and study. You can see historical discourse in flux. Bergman crafts a slowly unsettling deconstruction of the human condition and how it compelled an age of fear. The madness that enveloped Germany is captured via a relationship. This relationship is seen from the eye of the time and from our own intimate experience. Bergman hollows the world out. Clearly interested in the drama of the relationship and the slowly hellish world that is enveloping it. Visually this is startling, this is Bergman in familiar territory. The whole works because Bergman diffuses his aesthetic subtly. The fist is from the horrors we know are coming. 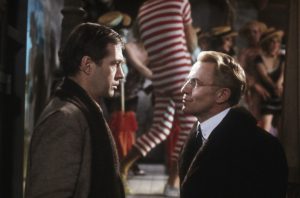 Arrow have outdone themselves with this release. The HD is a MASSIVE step over the awful drained colour of the DVD release. The Commentary from Carradine is a little self serving. Barry Forshaw appreciation is very good. Detailed and direct, without being sycophantic.