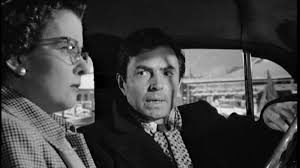 Some 5 years ago, I purchased the now over shadowed DVD from Second sight of THE RECKLESS MOMENT. That was a release that held up to a brushing of criticism from the DVD purist. Powerhouses new release (a world first on Blu ray no less) stands head and shoulders above it, both in its HD treatment and its use of the Mono soundtrack. The DVD version was a sharp and distorted affair. This is rich and hums. 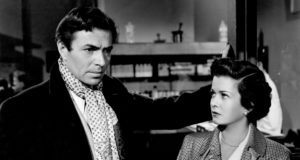 I purchased the film as it was a must for its legend alone and so I had to have it. After all it is directed by Max Ophuls, is considered a film noir (or at least inspired by it) and has that mountain of persona and charm, James Mason. What the final product is in the end is a mixed bag of melodrama, death and delicious cinematography. Little more and little less than that. 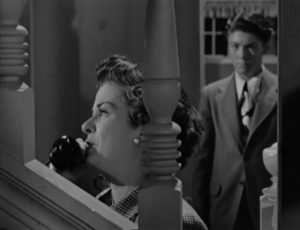 Blackmail is a dirty game. Lucia (Joan Bennett) has decided to challenge Darby ( Shepperd Strudwick). He is a no good, nasty low-life criminal based in Los Angeles. She demands he stop seeing her 17 year-old daughter, Bea (Geraldine Brooks). He agrees to do this but only if Lucia pays him off. Lucia says she will tell Bea about his comment. The next morning Bea finds Darby’s body on the beach nearby. She dumps it and hides any connection to him. All seems resolved until firstly Donnelly (James Mason) turns up at her door. He has letters between Bea and Darby. Then Darby’s body is found. Donnelly wants money to silence him. Without this money, the letters will be leaked and the body now found, will have a murderer attached to it…Bea. 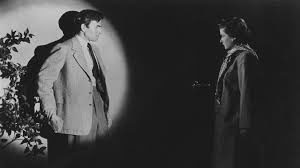 Todd Haynes is gushing about ‘THE RECKLESS MOMENT’, Ophüls second film with James Mason and in 1949 as well. He sees it as a melodrama encased in a thriller but treated like a film noir. This all seems to fit. The first film they made together, CAUGHT, is a darker and moody piece. Its focus is the man trap in a world outside his control. 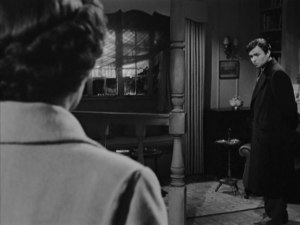 THE RECKLESS MOMENT is more melodrama and is more fluid in its mixture of genre. Its about family and responsibility but also filmed like a noir with trappings of its in narrative. Coming at the point when the melodrama film was to ascend, its effective in mixing multiple streams of genres. This was a key component to Ophuls work of the period. He seemed to  Samm Deighan extrapolates all this in her essay (the main reason to buy this set). She also adds to this with extra focus on the films feminist traits. 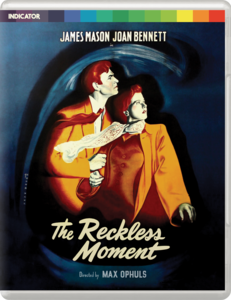