At the edge of a very successful and era defining career, Billy Wilder makes this masterpiece.  Holmes has found himself fallen onto fallow ground. No cases have spurred his interest and Watson is worried. Then one day a case comes along, featuring an amnesiac woman, washed up on the banks of the Thames. This will not only excite his attention but might just well change his life. 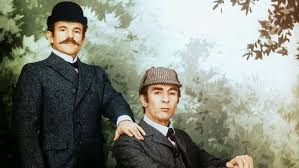 Often it is hard to get a fix on a film like this. Having on one side the legacy of it within an auteurs body of work and on the other the legacy of the work in its own canon. 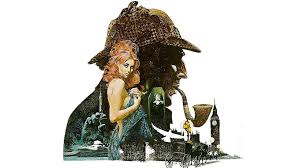 Wilder not only rewrote the mythology of a long cherished character with Private life of Sherlock Holmes, he redefined his appeal. He gave Holmes back his gruff wit, cocaine addiction and episodic whims. Wilder and writer Diamond also did something else. They revised the detail of Holmes returning him safely to a product not of his world but of lore.

The Blu ray is rammed with great treats but it would be ill advised of me to start to break it down. The 30 mins of an additional case is the real high point however and I must advise in a very, very loud voice to watch this only when the film is completed. It is so worth it and amazingly valuable.