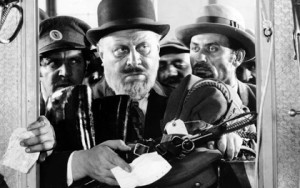 An actor that describes his performance background as being based in Tsarist Russia, is shocked when he is called for a part in a film based on the Russian revolution. The film will show the full revolution from the eyes of the people and not of the kings and queens. This epic is to be organised by a director who had experienced the horrors under the Tsar first hand. Now the set is in disorder, the cast are about to mutiny and our lead actor is about to have a major meltdown. This film leaves him in despair as he has to come to terms with all he lost and everything that has happened afterward. 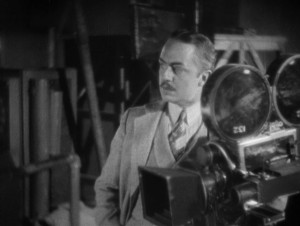 World events have often been best related to an audience, when the experience is focused on a single person.This allows us to experience the event through the eyes of a person and personalise it to a reality more in touch with our own. Thankfully here we have been treated to an work by a very significant director. Von sternburg is taking on much more than an event, he is taking on institutions. Von Sternburg understood the contradictions of human beings as well as the film making process. He also understood that America had become a melting pot of peoples, who often had shared history and some had vendettas to settle. 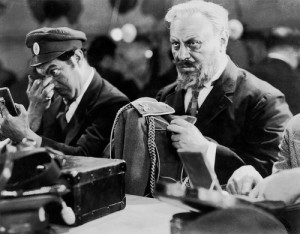 This takesus into a world that is both ripe for satire and also ripe for heartfelt truths. Rock solid storytelling open up the world to both ideas allowing for laughs and tears to be generated. Then visually majestic compositions bend the retelling to tease the eye. So it becomes not only an important (and at the time), relevant revolution being retold but a film making experience being analysed. I for one loved almost everything about the film except the score. This felt old and at times dulled the emotional relationship between me and the events onscreen. It is however very good at the great inside jokes about Hollywood at the films very start. With a film so good for almost every part it is a hard act to follow or even take on. 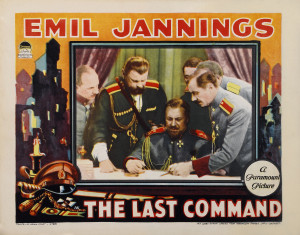 So to the discs and the Blu ray looks great with a high def transfer. It also has the benefit of great intro from Tony Rayns, who knows what he is saying and means to inform. The scholar essay is also very informed. The DVD has the ok transfer but everything else is of quality and worth a look. For me I would call up the great booklet that accompanies the work. Its best feature is the reviews from the period. We can see how much and little film criticism has moved on. It is an artform that at times is amazing and emotive….