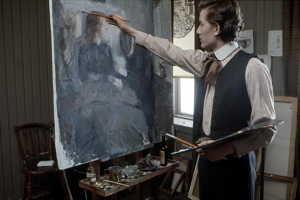 Munch lived the life of a damaged soul, reflecting this into the work he loved. He felt that his work showed the inner frustrations of exterior input. It did in his word show truth. If truth is a difficult thing in cinema than real is an impossibility even today in cinema. Peter Watkins was the great film truth teller and visual reflector. He had an eye of an artist and the mind of the social realist.   Made for TV and running at the extended 221 minute length, this is a dream of real events, replayed for us and recalled by memories of those present (or at least recorded such). 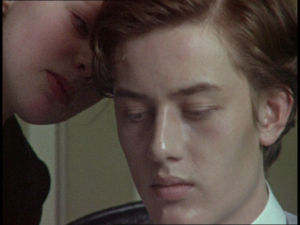 Watkins master work is a substantial piece of film and one that will benefit watching slowly and with attention paid. You will need to care about its characters in order to do the film justice. The story timeline is easy to follow but the reflective, reflexive and establishing are important and need input. The price tag is high on the film, as the length is so long but watch it as the disc has it. Two separate and very sculpted parts. Eureka have again paid loving attention to a great film. They are heroes of cinema. They have given it a wonderful transfer. Improved the subs and have included the amazing booklet with much of the detail from Munch life as was possible to give.