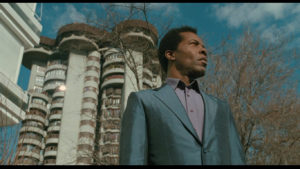 LIMITS OF CONTROL famously was one starred by the Guardian. The chief complaint was that it was aimless and pretentious. On second watch, this Jim Jarmusch film is more than the sum of its parts and less than the expected brilliance of the great film maker. Its a slow, meditation on the exploration of a city via the preamble of a man without focus. Isaach de Bankole plays a loner with a guitar case. He goes to Spain and once there is told to meet a series of people (all famous stars) and extract clues. 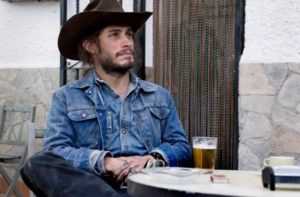 These clues will tell him where to go next. We do not know why he is there and maybe these titbits of information might tip us off as to who he is and what he wants. And this is the issue that so many have with the film. Jarmusch cares little for the direct narrative approach to film. He likes the bits others discard. He cares about extraction and exposition of character. THE LIMITS OF CONTROL is not the best example of his work, nor is it the easiest to unpack. Its reminiscent of a court case about fraud. 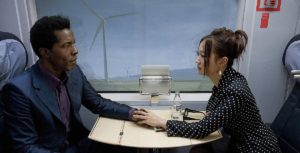 Not the film or TV kind, more the actual 6 month dirge through tiny bits of data. Little details of how and why. What made this person do that. Notes on how something might be important and say, why small pieces of a puzzle matter as much as the overriding motives. THE LIMITS OF CONTROL is a slow unpacking, not a quick tour. 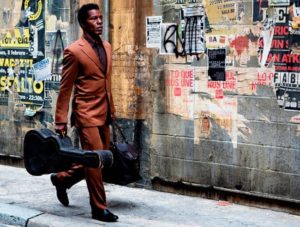 ARROW have given us the Blu Ray that was around before visually. It gives Chris Doyle wonderful cinematography, tones and tension in its palette. Which is what it deserves. The extras however are average, not stunning. The best is Amy Simmons video essay. She gets the film and its place in a body of work. She also keeps the piece tight and never really loosens the grip on telling us the key themes or the delicate touch of performance actors.