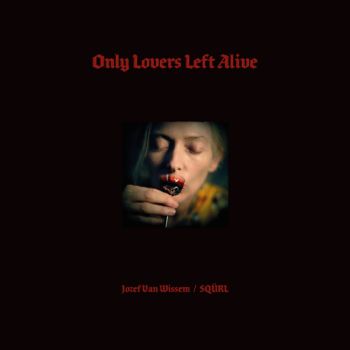 Only Lovers Left Alive is shaping up to be a very exciting 2014 release. Vampire films are so ubiquitous, for a fan it is thrilling when a very different director tackles the genre; especially a director whose body of work suggests that they will bring some fresh blood (snark!) to it: Abel Ferrara’s The Addiction zooms to mind, closely followed by Robert Rodriguez’s underrated From Dusk ‘Til Dawn.

Jim Jarmusch is such a director, with films such as Dead Man and Ghost Dog: The Way of the Samurai paving the way for that study of isolation that a good vampire film should be. The wicked humour and sexy, bluesy, noir-ish feel of Down By Law and Coffee and Cigarettes also bode well (not to mention the former’s New Orleans setting, so passionately invoked in Anne Rice’s works that a large part of our postmodern vampire mythology seems rooted in that part of the world).

In a symposium at the New York Film Festival with star Tilda Swinton, chaired by Amy Taubin, Jarmusch responded to an audience question on the film’s music:

“It partly reflects the fact that there is such a wide range of incredible forms of music… that’s certainly of interest to me, it’s reflective of that range; it’s only a part of that range; the film can only reflect a certain amount of music. The music created for the film is very kind of liquid and molten, in a way… it seemed appropriate for the feeling of the film. Adam himself is a musician, so we see him making music.

“I’m always shocked by the limited range of musical styles used in cinema, especially American films. Commercial Hollywood films seem like they just buy the music by the yard. It seems like they use the same five scores over and over and over again. When you see what kind of music is available and made all around this planet, it’s very strange to me that what we see in film seems so similar… This isn’t always true, but it seems that [this wider range] could make films stronger somehow.”

There are, naturally, echoes of Jarmusch’s friend and frequent collaborator Tom Waits in the mix. The oriental-themed tracks on the soundtrack are sublime, recalling Ornette Coleman and Howard Shore’s music for Cronenberg’s Naked Lunch* and Christopher Young’s bayou-inspired theme from Sam Raimi’s The Gift. In the raw acoustic guitar (“Our Hearts Condemn Us”, for example, or the title track), there’s even a pinch of Jim Croce and (dare we suggest?) a smidgen of Cobain.

The whole is pricked-through with deep, gently driving 80s-style bass (especially the brilliantly-titled “Please Feel Free to Piss in the Garden”) that, for the most part, works well. Perhaps the least successful track is “Spooky at a Distance”, the soundtrack’s centrepiece. This piece feels, at its best, like Pink Floyd on acid and, at its worst, like a judicious out-take from an overindulgent Dire Straits jam session.

It’s not easy listening, certainly, and unlikely to appeal to fans of classic scores – but then very little Jim Jarmusch does is. It’s weird, it’s fluid, and while it isn’t an easy thing to assess a soundtrack in a vacuum, without first viewing the film itself to give the music context, it is safe to say that, given Jarmusch’s track record and the feel of this anthology, Only Lovers Left Alive is probably going to be a cracker, well-served by its diverse, smouldering and original musical accompaniment.

* Unsurprising, given the Tangier connection.