LA cops are working inside of a world that is both harsh, surreal and sadistic. Crime is spiralling out of control and in particular robbery is at an all time high. So with bullets flying, a group of new recruits are up to their neck and are about to see if they are up to it. Luckily they aren’t out alone and are paired with experienced and well trodden soles. Roy Fehler (Keach) is the man that has the honour of being under the wing of a hero of the department, Andy Kilvinski (Scott). The two are working the beat in a mixed of upmarket and low end places that reflect the harsh imbalance of the times. They will have to steer the course of violence in the home, vice on the streets, armed robbery, shotgun shootings and kidnapping. It is going to be a wake up call for one and the end of a career for the other. 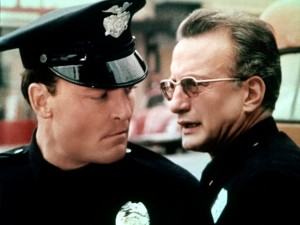 New Centurions can be seen from the view that it has premier cast in Scott and Keach, a skilled director in Fleischer and a subject that is hard hitting, law enforcement. Based on a frank and personal memoirs from a policeman that was on the front line for 30 years. One is an award winning film maker and an actor that has vast body and range. The other is a skilled character actor, with a persona of intelligence and manner of a hurt man. The director Fleischer is a well known and skilled crafted of film and knows the way to deliver films from a mixture of genres and contents. The subject is one that shows people at the edge of themselves and can be filled with action, violence and content that is challenging. The film however is a series of paternal vinaigrettes, taking mostly black people and shepherding them from one place to another. Or shooting them in spectacular ways. These scenes are also sloppy in their handling, which can be unbalanced and unengaged with the use of communication between cast members tailoring off and not connecting to the story. This means that one actor becomes the focus of our attention and our narrative drive. This is harmful to a film in that the subject becomes hazy and then becomes comical. It is not what you would expect from a film that wants to be message film and this is exactly why the film in the end falls on this. 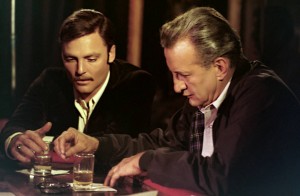 The Blu Ray is nice. Print is clean and crisp with the sound bringing that movie theatre vibe of the 70s to your door. The documentary extra is a worthwhile watch but the booklet has a really, really, really good essay from Nick Pinkerton!