Talihina Sky: The Story of the Kings of Leon Review 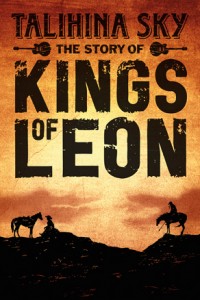 Beautifully shot and brutally honest, Talihina Sky: The Story of the Kings of Leon is a revealing insight into the band’s past.

Told through a mix of home movies, archival footage and interviews, it follows their story from a devout Christian childhood in the Deep South through to their meteoric rise. Their background is fascinating, as Caleb and Jared were set to become preachers before they were introduced to the Pixies. Perhaps one of the most shocking images in the doc is the advert where the brothers advertise themselves as hymn singers for hire. Their then clean cut image is certainly a far cry from their current rock n’ roll persona.

All interviews given seem honest especially with his mother. There is definitely some disappointment on her part about where the boys have ended up, with her strict Christian values. Similarly their friends from back home give very revealing stories, and are the kind of people that got more excited about the band being on The Price is Right than any of their musical accomplishments.

Talihina Sky certainly does not hold back giving a frank insight into the band, warts and all. Caleb’s alcoholism is explored as is the clashes of egos within the group. At one point we see the other band mates confronting a drunk Caleb about his addiction in a very sincere yet alarming scene. 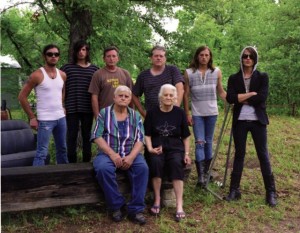 It certainly helps if you are a fan of the band, and those who are not will certainly take an interest after watching. The soundtrack is varied encompassing some of the band’s best work as well as their musical influences.

Perhaps the only fault of the Talihina Sky is how quickly it moves, with some of the more interesting aspects not being examined in as much detail as they could’ve. Similarly the interviews with their friends and family are far more telling that the self inspecting talks with the band mates.

Talihina Sky: The Story of the Kings of Leon, is worth seeing for anyone with a passing interest in The Kings of Leon, lifting the curtain on one for the most popular bands in recent years. However one only wishes that the filmmakers had dug deeper.