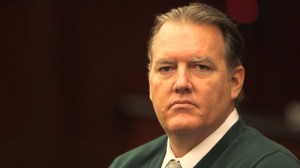 Marc Silver’s (Who is Dayani Cristal?) 3 1/2 Minutes Ten Bullets is an outstanding, powerful and revelatory piece of documentary filmmaking. Unfolding at the pace of a crime thriller, but also informative and emotional, Silver tells the devastating story of a black teenager Jordan Davis who was shot and killed in 2012 by Michael Dunn, a middle aged white man.

The vast majority of the film takes place in the courtroom during the first case against Dunn but also explores the lives of Jordan, his friends and family, how their life were before the shooting and what they have all become after his death. Silver also uses the case to explore the controversial Stand Your Ground self-defence law in the state of Florida and how that law has affected the thoughts of those around America. Despite being aware of the outcome of the trial or not, Silver slowly reveals, peeling back the layers as if this was a drama and a narrative must be followed to get there. It is therefore not surprising to see in this new age of high concept documentary that a film as meaningful and courageous as this is made.

The courtroom access is incredible – listening to testimony from those involved in the case, feeling the same tension as those in the room makes the audience feel involved and therefore more emotionally connected to those shown on screen. These scenes are often interspersed with various parts of the lives around the case – there are interviews with Jordan’s parents and friends, which are especially touching. The rawest moments are those with Jordan’s mother, when she’s alone and either thinking about what is to come or explaining to the camera about what this trial ultimately means. During other moments Silver uses phone calls that Dunn has placed from prison to try and allow the audience intimate access into his mind and how he feels about the case. Then he layers landscapes of Jacksonville with various phone calls to the police, interviews with the press, presenters and commentators giving their point of view, which all add to multilayered narrative being portrayed as well as giving all potential points of view.

There is never a moment when the film feels exploitative, but instead Silver gives enough screen time to everyone involved and his camera never 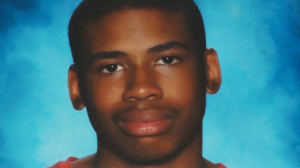 judges anyone. He never once leans towards Dunn or Davis but instead leaves the audience to come up with their own view; he treats the audience with the respect they deserve and knows that they will be able to make a decision about the events that took place. In a way, it will never truly be possible to know 100% what happened but Silver’s film is looking to do something so much more than simply look at this one case. In a way, this case is being used as an example to start a bigger and wider conversation – one that can affect us worldwide – one of self defence, gun crime, racism and stereotyping in the media.

As far as crime documentaries go, 3 1/2 Minutes Ten Bullets is a provocative look at the world and one that should be studied for a long time to come.