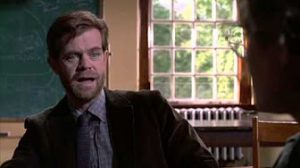 With the evolution of the ‘political correct’ movement and the rise of Trumps America, Oleanna is an explosive attack on its form and function. Priggish professor John (William H Macy) is in a meeting with Carol (Debra Eisenstadt) , a student that is failing. He sees himself as a teacher and an informer that has failed her. She is awe struck and questioning. John however cant keep his points in check. He shouts, screams, touches and over steps. Did he go to far? Carol and her group think so. 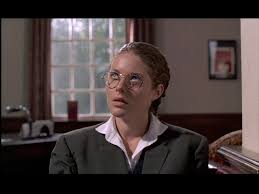 Its no secret that eminent Roger Ebert was a fan of the play and disliked the film. You can see why. The play would have been intimate and the more explosive because of that. In the film however you are at a distance and Eisenstadt character is played in the start with a naive rambling that can be annoying. However you have to cross this in order to get to the rich vain within. I am not trying to suggest her knew less than I, just I want you to give it time. 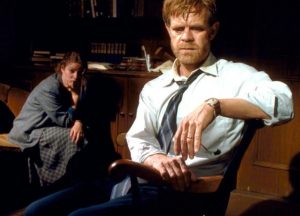 Why? Well OLEANNA is an exceptional film about contemporary issues. It is also really about power. How it is crippling, can be contorted into forging dynamic relationship changes and then finally those without power, when they get it become corrupted by it. It is also about the pedagogical craft and its responsibility to students. 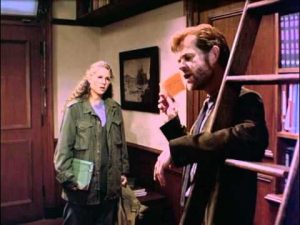 When John stands and suggests his failure in relating ideas is to do with the lack of understanding for Carol, then mention education is not for all. Well its a slap for both. The politicising of institutions and the idea of what is and is not acceptable in freedom of ideas. This is also meditated on, with force. Censorship on campus is a destructive thing. We see why here. It is used to enact control. This film is needed to understand the problem of our times. Trumps audiences expectation of things staying the same. What you do is sexism, racism and needs to be challenged. The Corbynist’s lack of clarity over how ideas and practicality’s need to be considered. You cant be offended by everything. 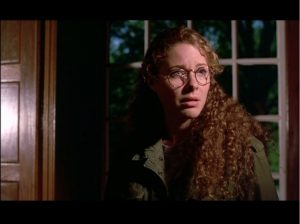 The extras are what you are here for, possibly. Well dont feel some disparate need to cry. The Macy interview is excellent. He runs over Mamet, his work ethic, the films content and more. He is charming and gets to the point. It is also essential after a first viewing. The response by the theatre crowd makes you understand who objected and why. The only other extra I found was Eistenstadt interview. Its slower and feels laboured but I liked it. More about her and the plays relationship with her career but I would say stay with it.