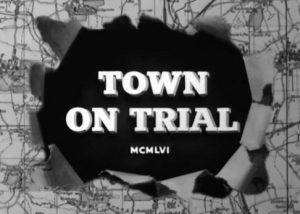 British cinema masterclass from its use of style to the faces that populate it. The sleepy and picturesque town of Oakley Park has a train station, a sports club and now a dead body. Beautiful and scandalous Molly Stevens (Magda Miller) is strangled to death near the club. Nearly everyman and woman has motive. Scotland Yard decide to send in someone who gets answers, superintendent Mike Halloran (John Mills). He has a reputation for getting results. As the town is put under pressure, the cracks begin to widen. When another body turns up, it looks like a serial killer might be at work. 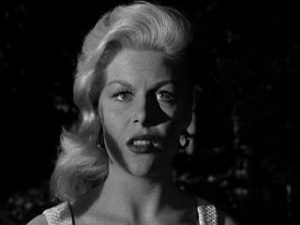 You can sometimes see a film, years after the event of its release and understand not only its influence but what influenced it. Town on Trial use of film form could be likened to an array of media intertextuality. From its use of television immediacy to its use of Hitchcockian phantom rides. 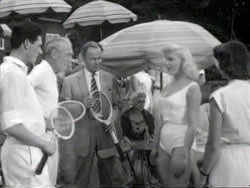 It is obsessed with the power of the narrative. The power of it being driven by a mysterious menace. It handles this with an extraordinary sense of urgency. Forcing the viewer to always been on the back foot, unsure of the clues being fed. Hitchcock could have watched this and seen much of his work in it. Later John Guillermin would be able to look back on his films influence on the Giallo genre and the action film. 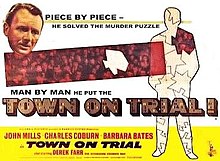 Well starting with the High Def master. Well it cleaned up well enough. No dvd to compare it with but a very rusty VHS that shows the utter mastery of the transfer visual artist. The gems on the disc are clear. John Player with Mills is excellent. Mills was not only a gentlemen but a very wise man. He is so engaging that you could finish it and start again. Hinxman cordinates the met with the skill of a conductor. 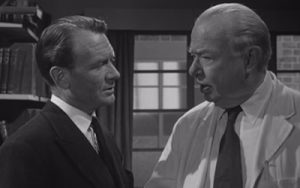 Understanding pace and question depth.  Barry Forshaw appreciation is excellent. Knowing, thoughtful and concise for the watcher to digest with ease.  Adventure in the Hopfields is CFF on fine form. The great CFF was such a wonderful film landscape and this shows us it on fine form. Finally the booklet is a joy to read. Sinyard is a great writer and the work is so good that I feel like petitioning Powerhouse to release a bunch of them into a booklet and I would snap it up!