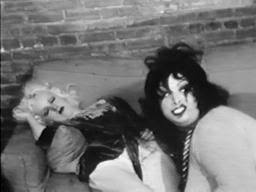 John Walters Multiple Maniacs might be less infamous than his 1972 PINK FLAMINGOS, but it still retains a heap of bite. Divine (playing herself) runs a show called The Cavalcade of Perversion. It an exhibit of a variety of fetish acts and obscenities ranging from a “Puke Eater” to an obese queen. The show is free but often passers-by are forced to attend. Divine finishes every show the same way, she appears and robs those in attendance at gunpoint. Mr. David, Divines love interest likes the set up but Divine decides to murder the patrons rather than rob them. She flees the scene and decides her next move… 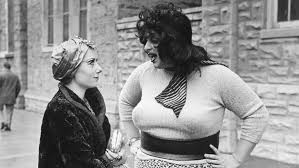 So Walters was part inspired by Herschel Gordon Lewis and part by the developing independent film scene. You can see both in attendance, as well as a splash of the sexual liberated 60s, transgressive youth movements and of course LGBTi culture. The film is littered. Sometimes it works and works very well. Walters humour zings and zips through the film,  cascading on screen. Other times it seems to become just incoherent. This is because ideas become conflated. In later works Walters ironed a lot of this out but here eagerness sometimes gets the better of him. 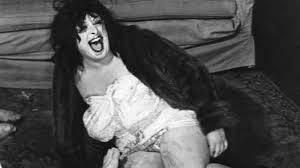 The transfer has been SUBSTANTIALLY improved upon from a previous transfer. Criterion undertook a complete restoration and seemingly have pulled off a great job. I have never seen a DVD version but the 16mm print seems to have survived well according to Criterion. However the audio revealed wear and tear. All cleaned up. The transfer is richly black and white. Even kept for such a time, it seems to have survived and been able to tell its tale. 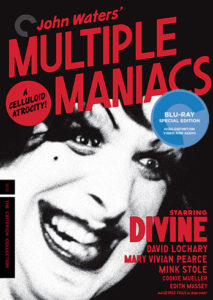 The best extras on the disc are Walters Commentary. Detailing the shot and the writing. He seems honest enough about his work to reflect on its shortcomings and yes he talks about Divine. A woman of great character and an icon form trash lovers everywhere. I also loved the booklet. Essays by people who know their stuff are not rare. However one that is well researched, with insight about the films many streams of viewership and inspiration, is priceless…