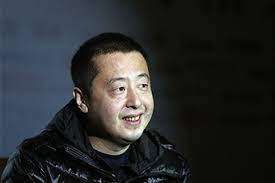 Chinese Director and member of the ‘Sixth generation’ of Chinese cinema, Jia Zhangke, gets this superb release of three of his more recent films. The first is the documentary, mixed reality film ’24 CITY’ (2008) a film that explores the newly developing lives of Chinese people in a manufacturing town. ‘A Touch of Sin’ (2013) explores power, agony, place and control in China via 4 stories of ordinary people across the country. ‘Mountains May Depart’ (2015) reaches across space and time to pull a group of people together in modern China and beyond. 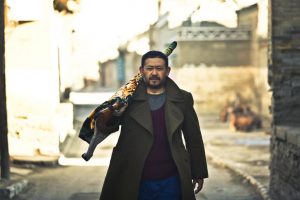 Having seen the first of Jia Zhangke films Pickpocket and having been a fan, it was not a major leap to engage with this new set from Arrow. Jia Zhangke films are a refreshing take on what has become stereotypes. Stereotypes of big money, big manufacturing and big government. They open doors to modern China, a land of change and expectation. Balancing thematic, tonal and narrative detail by bridging the growing global Chinese perception with touches of social realism. He transposes the fluctuating economic reality with the voices of those directly affected in small town China. 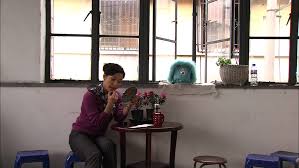 In ’24 CITY’ (2008), we are in Chengdu which is in the south west of the country and talking to factory workers. These workers come from a range of ages. Confronting how China and Chengdu has shifted in its position to the countries need. It is Jia Zhangke direction that holds the frame. This holds the voices of those living and working as sacrosanct and their experiences relevant (some are actually actors speaking the words of the real people.) Majestically balancing personal suffering, country ambition and challenging environment.

‘A Touch of Sin’ (2013) feels in places like an absurdist fairy tale but is actually a clever expose of the working of social media and society in China. Four very different but all filmed like a cross between action drama and a surreal naturalist dream. 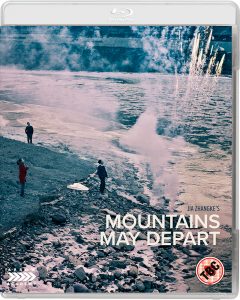 I direct the viewers attention to how the film focuses our attention to major social events without underlining them or signposting them but instead plays to genre convention. Take the first episode as an example. It is directly about the psychosis of corruption and social control. It descends into farce and absurdity to begin with but then it expands. You see at its core is a character looking like a revenging angel or returning warrior cowboy from folklore. A wonder and superb cinema. ‘Mountains May Depart’ (2015) is a bold film about how China is ascending into becoming the next superpower and empire. You feel its richness and resonance but out of the three it plays longer (I mean by this it feels longer.) It covers time like the first film but looks to genre like the second. It fails in this but I feel it is an exceptional failure and one worth watching. 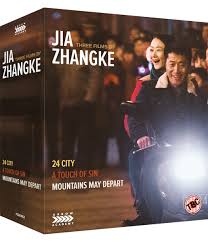 The sets extras and I have only seen the DVD ar

e okay. Rayns introductions are good but why must we always hear his voice and why must we fund his retirement? The visual essay is amazing and is the highlight of the set. Well done Michael Berry…great work!!