IN THE AFTERMATH BLU RAY review 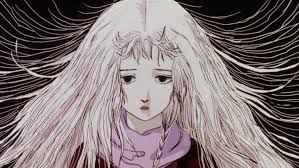 Carl Colpaert (director of THE CROW) directs his first film IN THE AFTERMATH. When asked to discribe the film, it was with eager delight that I stated it was ‘Something akin to a B movie being run over and then meshed together with an animated hymn to the blessed indiviudlism of America post Reagan.’  Two soliders are trapped in a post apocalypse that sees the Earth inhabitable only to those with a supply of Oxygen. An angel carrying an egg, visits the earth to find a carrier for the precious cargo. When one solider is killed and the other grieves, the angel chooses him to be that transporter. This egg is a device for redemption in the course of planet earth. Maybe it will make for a better planet and world. For the future and the destiny of the humans left on this soiled core. This leaves the solider both isolated and transformative. From the dust strained wastes to the clean space of a hospital room. 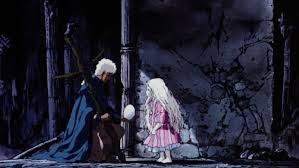 Some have likened IN THE AFTERMATH to a nightmare but I would say it is a dream like post apocalpyse piece about the decline and rebirth of a planet. Now I know that is rather overblowing the ideas on show but I liked the films ability to push its boundaries. Carl Colpaert handles with the urgency and space that it required. Fuses Anime and live action cinema, is never easy. It is never fully perfect and it might be likened to seperating oil and water. However sometimes it truly fails to translate its ideas coherently but often this enables the viewer to negotiate this complex, with a distance. I think we all like a mutli layered idea and throwing feelings onto it help make it more than it is. From the solitary angels, animated to delicate hypnotic resonance, to the wandering soliders that are trapped in an effective hell on earth. Counter posing the ideas of religious transcendence with the ideas of hope and divinity.