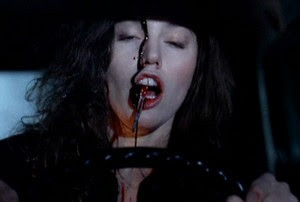 Halloween night 1966.  A priest is awoken by a young man in distress. He tells a nightmare in words. He has seen the ultimate evil. He needs help. The priest gets up from his bed and dresses. He grabs a flashlight and sets out to find out what has happened. The graveyard is where the young man has seen something he is horrified by. A radio he left signals where he ran from. It still plays a melody of love, fun and teenage sexual desire. Then inside the graveyard is a tomb. The tomb is that of the Malius family. A hard, cold, solid dome of history and riches. The stone steps lead down to a crypt with coffins and at the end of a hall another newly settled coffin. The priest walks to the end.  Zachary Malius, the youngest living son is at the end. A priest by profession, he stands over the dismembered bodies of several people. Hands, feet, eyes and bodies lay strewn. The priest runs. He gets to the door and locks it tight shut. 25 years later and Zachary Malius is in a mental hospital. Silence is all he hears every day and that is till the day he dies until that is two kids on a prank do something they wish they hadn’t. They break into his room. They go to his bed and they awaken the evil that is deep within Zachary Malius soul… 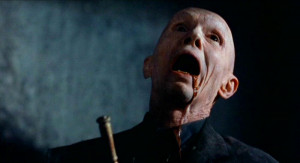 I have never seen this before. I have seen many films before. 90s slashers are a thing of beauty. They marry film form, which is rooted in film schools with styled storytelling. Now some obsessed over the detail and that is a great thing for me but can damage entertainment value. Happy Hell Night doesn’t do that. This was an era of indie filmmaking, which often exposed small budgets to films and as such these two contents we essential to make a mark. The film reflects the eras dependance on style, form and function as well as the ‘sins’ of the past. In this case Slasher films in general.  It never scrimps on entertainment or undervalues the keys of making good cinema. It keeps some level of skill in story with layers and details (it has to be noted that it is a hard thing to achieve properly and that the film gets away with it.) It is very serviceable in its film making style as well (another very difficult thing to achieve). It has shocks that are well executed and chill you. 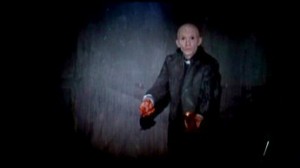 88 films have again given us some delights. The transfer looks clean and crisp. I have nothing to contrast it with so that is the best I can give you. The commentary with the Mondo guys is EXCELLENT!!!! They are amazingly detailed, interesting and even a little bit of envy from me for not being as good as they are. The music interview helps to expose how music helped in the 90s. Layering ( a word I use in many context) music as ambient noise is skilled and styled but also crafts space (not pretentious).  Jorja Fox is great and the interview has her as such a creative force. Then we have the booklet. Dr Waddell is an extraordinary voice and gives the field a persona away from self indulgent interest. This is well worth it. 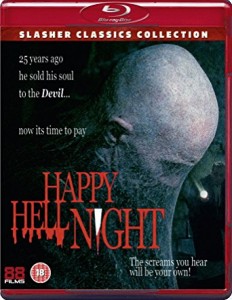