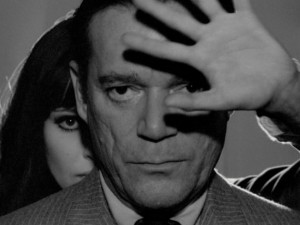 Godard has been hailed as the greatest film maker of all time. He began his career on the famous publication, Cahiers Du Cinema. This publication set about making film an art form that was respected and adored. He changed the way that we made, analysed, thought and felt about films and film making. This collection includes some of his greatest considered works from his early and middle period. Breathless was the first film that launched Godard and is a story of love, murder and Paris. Une Femme est Une Femme takes the revolutionary film making process into a even more complexity. Le Mempris has nods toward the great films that he and Cahiers loved. Alphaville is a sci fi mystery about shape and sound, light, dark and the in between. It is also about how technology will take over and we will be its master. Pierrot Le Fou is musical masterwork and melodrama madness. All this added to by a wonderful selection of extras… 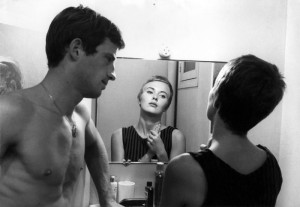 A reviewer lives their life to occasionally view magic. Occasionally to view art, shine from the screen. Something that makes you glow and take pleasure from it. I have seen copious amounts of dire, dull and dreary cinema. This is none of those words and is a masterwork of modern cinema. Godard is a shining beacon of cinema and a creative force. These films let you see his craft in all its glory, play out in the reality of modern new wave cinema. Using film as a vibrant tool, he played with production, narrative tool, camera placement and composition, soundscape and so much more.  He took cinema from a solid classical style and unpicked it. Places were complex objects and people more so. Layers and layers of ideas, explored and exposed. My stand outs are Pierrot Le Fou, Breathless and Le Mempris. These are the gems of a collection that has so much to offer you.

All the films look amazing and feel fresher than on other releases but someone out there right now will say, hey! I already spent on other versions of these films. The extras are the key and I have put them below. They are new, relevant and make for worthwhile viewing. Yes some have turned up elsewhere. These build up and smash together, making the films sing.