Everybody in Our Family Blu Ray review 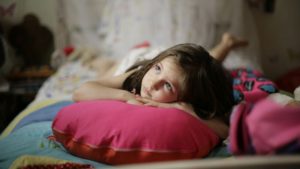 Well this is a delight for any film fan, any film scholar and any film explorer. Radu Jude blackly comic family drama might not be an Easter treat for all. But it is a witty, poignant kitchen sink tale of the bonds of fathers, the world of children and the pressures that are exerted by families. Second Run have brought this work from the Romanian New Wave, to a new audience and I for one and thrilled that it gets a wider audience then just stuffy film festivals and pretentious art house cinema scenes. 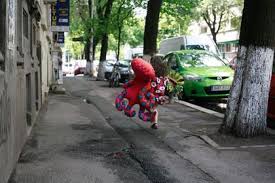 Divorced dentist Marius (played with emotive playfulness by Șerban Pavlu) wants to spend the weekend with his daughter Sofia (Sofia Nicolaescu). However it seems that life and his various family units aren’t at all happy with this. Some like his father Mr. Vizureanu (Alexandru Arșinel) think he is too soft and should stand up to his ex. His ex-wife Otilia (Mihaela Sîrbu) thinks he needs to be taken for a ride. His ex mother in law is Otilia (Mihaela Sîrbu) and he new partner are hostile just for the sake of being hostile. All Marius wants is time with his daughter. 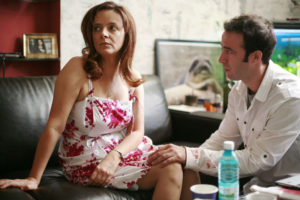 In the interview with Radu Jude, we can see him reflect on a theme that underpins EVERYBODY IN OUR FAMILY. That of the post millenium family. Modern family dynamics are a rich source of analysis for filmmakers. Our collective fears, deceptions and perceptions allow (as Jude says) for the psychology of events to help unravel this complexity. EVERYBODY IN OUR FAMILY does this, with nods to Haneke, British new wave and Black comedy (some dont like this term as they seem confused that it means black as in subject not black as it race.) 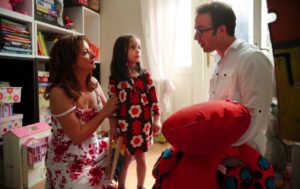 Take a scene like the early meeting of the father and son. They treat each other like friend and enemy. Comically slicing with pithy words before breaking into emotional conflict. It fuses Haneke hardness with the comic of Monty Python. Delicious and delicate. I think it might not be to everyone’s taste but it will certainly have a person who likes film in its hold.