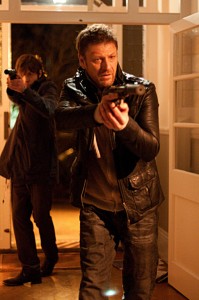 My excitement to sit down and watch ‘Cleanskin’ was unfortunately shattered by the time I had finished the film because on paper, the film sets up a very interesting premise and causes the audience to pursue some very interesting questions. Why does a terrorist become a terrorist? But the film goes one step further, to ask why a terrorist would become so against the culture in which they were brought up within. The themes of belonging, nationality and cultural identity are some of those that, on paper, belong to Hadi Hajaig’s film starring Sean Bean, Charlotte Rampling and Abhin Galeya.

But unfortunately, by the time I had finished watching the film, I was not one step clearer to having answered any of these questions but instead had sat through an hour and a half of uninteresting violence, some subdued dialogue and characters who, I believe, were driven by a directors need to try and make a point rather than actual narrative motivation. Unfortunately, ‘Cleanskin’ was not for me.

The film follows Bean’s character, Ewan, a secret service operative who is sent on an unofficial mission to try and trace an Arab terror cell of ‘cleanskins’ (commonly used after the UK terror bombings to mean a terrorist unknown to the security services). He is sent on this mission, by Charlotte McQueen (played by a Rampling who could have been elsewhere) 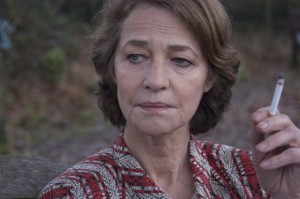 after a case of Semtex explosives is stolen. All is clearly not what it seems, and a series of twists ensue throughout the film (the soap-ish elements of twists are perhaps the highlights). Running parallel to this narrative, the audience follow Ash (Galeya) both in the past and the present. He juggles a British girlfriend, who he believes does not act as she should and is slowly integrated into a terrorist cell and learns about his ‘duties’. Following a reluctant Ash in the past, juxtaposed with a more confident Ash in the present (who is ready to fulfil his ‘duties’ now), the film is trying to teach the audience what happens within the brains of these people and how they can turn against the culture they were brought up within. Despite the poor effort, I did enjoy the anticipation of at least a consideration that these people aren’t born bad but rather extenuating circumstances lead them to the lives that ultimately kill them.

In terms of performance, Bean portrays broody, nonchalance as if it was going out of fashion and although some may believe it insightful that we aren’t told about his backstory that led him to becoming a ruthless operative hard nut, I believe that if we are being told Ash’s story, we should probably have gotten Ewan’s because during ‘Cleanskin’, he just came across as a ruthless bastard with very little to say for himself. 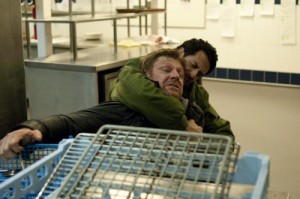 As I mentioned earlier, Charlotte Rampling makes a fleeting performance in the film, it comes and goes with very little effect, which is in itself extremely unfortunate because she could have been one of the greatest assets to the film. Although she plays a role within the twist, it’s subtlety is so that one could very easily miss it, and I felt it was just placed in for narrative shock rather than actual motivation. In all honesty, Galeya shines as the student cum terrorist, Ash because he places such an emphasis on the emotions of what he is doing that he stops being a cold blooded killer and becomes a real human, like you or me. He has love life issues and is discontent with the state of the country. He gets caught up with the wrong crowd and that leads him to becoming to man he is in the present narrative of the film. I look forward to seeing more of him in the future.

‘Cleanskin’ feels like it is trying to take influence from various texts and genres and just falls short of all of them. 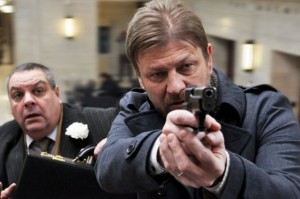 I considered the brilliant Channel 4 drama ‘Blitz’, whilst watching this which considered the makings of a terrorist but ‘Cleanskin’ just appeared to be more interested in rude language and unneeded violence. It had some elements of a good action film, the bent higher level management, the army man done wrong but the performances were too weak to carry it off. And on top of all this, a cameo by Michelle Ryan (Zoe in Eastenders), saw her have a very annoying phone conversation followed by dying in an explosion. I just know that I spent the rest of the film waiting for her return, I thought that is why she was used in the first place… apparently not.