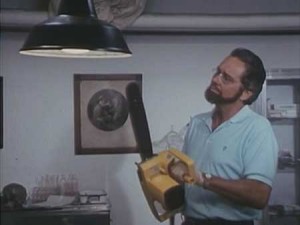 Lester Parsons (Brett Halsey) has a little problem. Well he has two little problems in truth. The first problem is that he cant help but gamble. He has a system and that system appears to not be working. $5000 dollars here and then $5000 dollars there. Still no wins and a lot of money spent to get there. The other problem is that to pay for all of these bets, Lester has to kill. He kills rich, older women with big pots of money and no qualms about letting a man they just met indulge them. See to them he looks respectable but we know that he doesn’t love them, he loves their money. What we also know is that he occasionally also likes to eat them with a nice dollop of mustard… 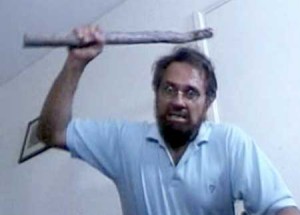 I delight in a Lucio Fulci film. This film was one of his later period works and they often come under flak for being unpalatable even for his hardened fans.  The problem often was and still is in truth is this. Those hardened older fans were looking for splatter and kill thrill, Fulci it appears was looking for subversive comedy. Dark and sometimes jet black as it was, Fulci was sticking his fingers up at the censor and the general consumer. In this film bar the plot which simply services the events, we are treated to duel themes. Violence that is both subversive and surreal. Characters that are odd enough and sadistic in tone as well. 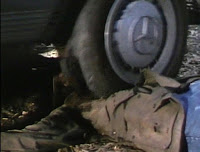 The setting up and paying off of scenes are facilitated wonderfully by a rather great performance by Halsey, who gets perfectly that this is not to be taken seriously.  It is a well told and extremely funny joke that has to be laughed with and not at. It also shouldn’t (as is the case) be taken as a gore fest and oggled over like that.  Many Fulci fans are naive in treating his work like that. I have just read Stephen Throwers book on the man and it has great insight in this. I am not a fan of Thrower as a person but he writes extremely well about Fulci and this film. 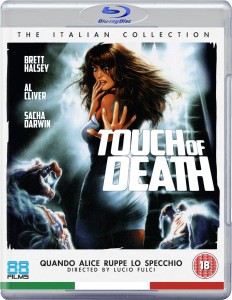 88 Films give us a HD transfer that does make the film look a lot nicer than its DVD releases. The stock is however like that 80s type that looks over blown with light so its not a miracle work but  very good one. The extras are thin on the ground but the Reflections doc is a must watch! The booklet inside has the good Dr Waddell interviewing Al Cliver and doing what he does best, making a little exposed component come alive…so to speak…