The Suspicious Death of a Minor Blu Ray review 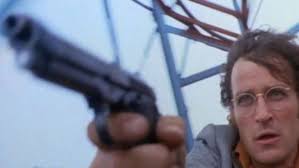 Detective Paolo Germi (Claudio Cassinelli) has had a week of downs. He now wants to make his way to a few drinks and a nice meal. However when he meets Marisa at a bar. She seems distracted but he is overwhelmed by her interest. Marisa then sees someone in the distance. A reflective glasses villain. Marisa turns to Paolo and fights him off. She flees the dances floor and then runs from the place. Disappearing into the distance and out of his sight, the reflective glasses villain vanishes after her. When Germi finds the young girl brutally murdered, he decides to find out what has happened to her. No one else seems to care about her death. The killers aren’t on anyone’s radar. The cops have them on low priority list because it transpires Marisa was a prostitute. During his investigation, he enters a dark world of damage and desire. Blood will be spilled and nasty truths will rip apart the hope of a quick solution.

Filled with savage desire and a detective story that loses no time confusing and compelling. It blurs violence and detail, innocence damaged and lives destroyed. Sergio Martino is a great film maker. He surprised with some films like Torso, defying expectations with Mountain of the cannibal god and refreshing conventions like in A man called Blade. He is under appreciated because he wasn’t as vocal as his counterparts, under seen because he had no Tarantino back up and under the radar of many film fans now because his films rights are all over the film world. Taking this film as a starting point for his many great films, its a great introduction to his work! it is not his most accessible and enjoyable on multiple levels but it melds action, drama, narrative, humour and subversion. 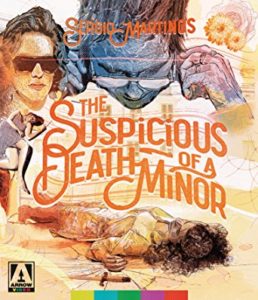