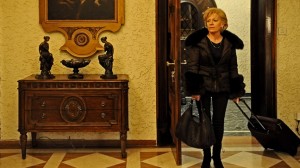 The intensity of Child’s Pose in no way limits the wholly watchable nature of this small masterpiece. Calin Peter Netzer’s intimate family drama puts on display some very uncomfortable truths about one families’ incredibly dysfunctional dynamic. Overbearing and manipulative mother, Cornelia (played by the frankly extraordinary, Luminita Gheorghiu) has a damaged and fraught relationship with her son, Barbu (Bogdan Dumitrache), who distances himself from his mother, ignores her calls and doesn’t want to come along to her birthday party. That all changes when Barbu is involved in a car accident, where he kills a young boy.

The first two sequences of the film are highly impressive and interesting ways of setting up this drama; the first sees Cornelia chatting with her friend, Olga (Natasa Raab) about the lack of contact between her and Barbu. The camera simply stares at the pair who sit and smoke, even to the point where the audience feel like voyeurs on this conversation and that they weren’t invited in the first place. The next sequence is Cornelia’s birthday party, where she meets and greets a huge selection of her friends and dances intimately with her husband. This shows the strength of their relationship but also Cornelia’s determination to not lose a grip on anything that she can control. By not seeing Barbu for these opening scenes, Netzer is visually representing the drift between the pair. The audience are thrown straight into the situation but spend the entire time getting used to seeing the world through Cornelia’s eyes.

It is during a play that Cornelia finds out about her son’s accident and Olga takes her to the police station to find out what was going on – Barbu still won’t talk to her on the phone as she panics and tries to calm herself down before confronting her son. In her mind, there are two queries she has to answer before seeing Barbu; she has to be sure that he is safe and unharmed and then has to work out her plan to ensure that he isn’t trapped in a web by the police after the death of a young child. But what Cornelia now holds is leverage over her son; she can promise something no one else can – safety.

The sequence in the police station is shocking to the core; the corruption of the police themselves and the lengths a mother would go for her son. 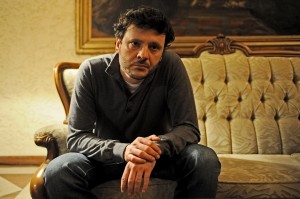 What Child’s Pose so wonderfully and calmly does is represent the tensions between the bourgeoisie themselves and the world around them – this is something so little cinema knows how to do succinctly anymore. During the conversation that Cornelia has with Barbu in front of the police, she tells him to change the details of the speed he was driving; which is a lie because the accident wouldn’t have occurred had he really been going at that speed. Here starts her reign of manipulation across her son, the police and the key witness in the accident, Laurentiu (Vlad Ivanov), whose car Barbu overtook that fateful night.

Cornelia decides it would be best for Barbu to stay with her at home after they leave the station and it is revealed that he has gained a slight injury to his neck and back but he is prescribed some cream to calm the pain down. When he is going off to sleep one evening, Cornelia enters wearing her nightgown and tells him to take off his vest so she can rub the cream into his back. She climbs over his body and sits on him, whilst rubbing the cream into his neck. Slowly, she starts to massage the cream in and almost seductively, her hands follow the contours of his back, slowly revealing the top of his bum. This is as far as her hands go, but even that slight movement is enough is leave an unsavoury taste in the mouth of the audience, leaving them to wonder what mother really feels for her son.

What Child’s Pose has over so many films is a great understanding in slowly showing the minutia; whether this is literally, with intimate and often intimidating close ups of all the characters or narratively through slowly showing the relationships between all the characters. In one particular scene of revelation, Barbu sits his mother down and explains what he really wants from her – she is trying to get him to confront the family of the child he killed but he cannot bring himself to do it. When he says that he will finally come with her, he admits that he doesn’t want to hear from her and that maybe one day he will come back to her. The shot is simple and yet the audience become complicit in this intense conversation. 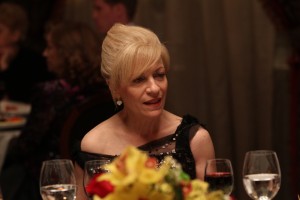 The final sequence when Cornelia meets with the family, whilst Barbu sits in the car, is so careful to not judge anyone or let the tension take over too much. The slow build up to the tears is magnificent as the mother talks about losing her son and then Cornelia explains her point of view, about losing her son, just in another way. Both these mothers have this is common and yet they couldn’t be further apart. The grief of those in the scene is often too intense to watch, but by the end, it is so fulfilling and worth it.

Often difficult, but mostly brilliant, Child’s Pose is one of those carefully put together films that comes too rarely and always makes the audience question the motivations of the characters but also places them in those situations and asks what they would do. The acting, in particular from Gheorghiu is touching and shocking and Netzer’s filmmaking is second to none – really showing off the power of new Romanian cinema.