Mateo Gil has written a love letter to Butch Cassidy and the Sundance Kid and signed it with his own lavish signature. Though the idea of a conclusion to Butch… seems redundant, Gil makes it worth stopping to take a look at. He has set his sights firmly on a different kind of tale but continues the themes of Butch… telling a story of changing times. Butch Cassidy is now resident in Bolivia but it is not the Bolivia he knew. The world is a different place; no longer will there be care-free bicycle rides while eluding the lawmen. The fading of the West and the establishment of law and order are the themes in this tale, regret and sadness haunt the ageing Butch, now known as James Blackthorn (Sam Shepard). The unfortunate problem when attempting to start where George Roy Hill finished is the inevitable comparisons that will be drawn and Miguel Barros’ script isn’t quite up to the task. 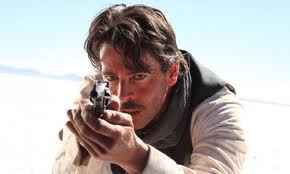 Blackthorn wants to return to the US from Bolivia to see his family one last time before he dies. The ageing gringo has been settled on a small farm for a long time and contentment has led to nostalgia and the wish to tie up loose ends. On his journey home he is hindered by his chance encounter with an ambitious young criminal named Eduardo (Eduardo Noriega) who propels him into one last adventure. But criminals are not the same as they used to be as the veteran Blackthorn finds out.

With Eduardo Noriega lacking presence it falls on the shoulders of Sam Shepard to fill the boots of two men. While he cannot achieve a performance befitting the combination of Paul Newman and Robert Redford, Shepard comes as close as possible. In perhaps his finest performance Shepard manages to use the lack of a sidekick to add nuance and frustration to his character, the sparkle of Paul Newman is within him but Shepard lets it diminish, belying the years of solitary reflection he has been through.

If the script lacks the vitality of its source material, the direction certainly tries to compensate. Gil has a spectacular vision of open 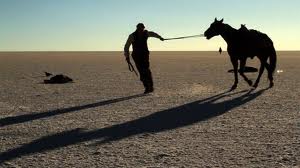 country but shows it to be vast, dangerous and incredibly inhospitable. These are the places that bandits have been forced to, the law covers more ground than ever and Gil displays a remarkable ability to find a glowing beauty to the countryside but also to highlight its perils. He manages to frame Blackthorn in moments of nostalgic triumph and in his repentant sorrow to show the balance experience has earned this old man.

Gil’s interpretation of a western is a delightfully slow and meditative affair but lacks the story to help it ascend past entertaining. Though the character of Blackthorn is transcendent and the addition of FBI man Mackinley (Stephen Rea) who once tracked Butch and Sundance is a masterstroke, the plot centred on the story of Eduardo is lacking anything truly original. An interesting what-if? scenario that allows Sam Shepard to shine.