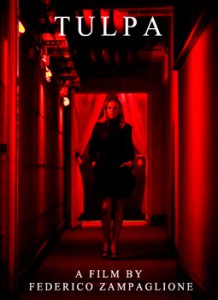 Tulpa was one of the more interesting premieres to take place at FrightFest this year, and this is possibly one of the reasons it has taken so long to get around to this review. It was an interesting film for many reasons, but primarily because (and I really hope for the sake of the film), it is still a work in progress. Before the film started, we were told that the film had only been completed literally days before the screening and that we were the first audience in the world to have seen it – of course that made us feel special and unique but I wonder whether they told us that to cover their backs and to try to conceal the weaknesses of Tulpa.

The film directed by Italian musician, Federico Zampaglione (Shadow), returned to FrightFest in 2012 after his previous film premiered there in 2009 but I believe it was to a very different public opinion. Personally, Tulpa has some major glaring issues, but none that can’t be rectified in the cutting room, and I think that underneath the bravado of this extremely camp horror (giallo homage) there is a good film just screaming to get out.

Tulpa follows Lisa Boeri (played by Zampaglione’s stunning wife, Claudia Gerini) who is a business woman, on her way to the top of her game in a world mostly dominated by men. Unknowingly to her friends and colleagues, she visits a Club Tulpa each night, owned by a mysterious, overbearing, Tibetan guru who spends most of the film talking in riddles. Whilst at the club, the guru feeds her an elixir, which breaks down all her stresses, boundaries and inhibitions and allows her to be completely sexually free with any stranger that she decides upon. This loss of repression and guilt leads to many scenes of eroticism with men and women. But when her lovers start getting murdered around here in extremely shocking (albeit creative) ways, Lisa starts to panic and tries to figure out who the murderer is before they get to her next lover. The reason she doesn’t go to the police is because the scandal would automatically lose her, her job, which she is currently fighting to keep and therefore, almost like a typical murder mystery, she takes it upon herself to follow the clues and find the murderer before it’s too late.

As I say, on the can, it sounds like quite an interesting film, which plays out many themes throughout including repression, sexual desire, issues surrounding the recession, female equality in the work place and ultimately the destruction of the Freudian concept of the Id, ego and super-ego with the murderer chasing Lisa’s unconscious desires to let her libido control her. 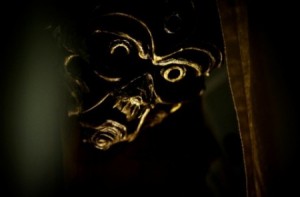 Now, I cannot be completely harsh on the film because there were many aspects which were really interesting, narrative aside. Lighting in particular was somewhat stronger than a great deal of other films I have seen, and it was reminiscent of the sort of work I have seen recently in films like Strickland’s Berberian Sound Studio. The film is shrouded in darkness, not just because many of the scenes happen at night but it is particularly noticeable as the film goes on and Lisa is becoming more and more lost in this cat and mouse game she finds herself within. The darkness is ready to swallow her up, and not because she is going to be the next one murdered (although that does cross your mind throughout the film) but rather because you start to become as lost as she. The lighting also cleverly reflects the ways in which the supernatural isreferenced throughout the film; because there are many moments when you think some sort of spirit has been summoned (accidentally) by Lisa and this is what is doing the killings. This was another element I really enjoyed because you spent a great deal of the film just to work out whether it’s supernatural or human. What Zampaglione does particularly well is his lighting choices for his wife, Gerini, who spends the entire film with a stunning under light and this film really returns to the traditional definition of star lighting.

When it comes to the giallo aspects of the film, it is interesting to note the ways in which Zampaglione has spoken about the film being (or not, for that matter) an homage to the genre; “It’s very important for me not to have done an homage to the genre. I know those films and I grew up watching Dario Argento and Lucio Fulci, but I want to make something more contemporary, representing my time. But you’re gonna see a lot of black gloves,” he continues, “Because it’s a great cinematic style. It’s not just about the killing, murdering, and torturing, you know? It’s also about the plot, tension, and suspense. In a horror movie you don’t have to give a shit about characters, it’s just about the way they get killed. In a giallo, you have to follow the story like a spider. You have to build up the story little by little, and I love the concept of a whodunit.” So by nature, Tulpa is a whodunit because you, along with Lisa, are trying to piece together the clues throughout the film about who is following her. 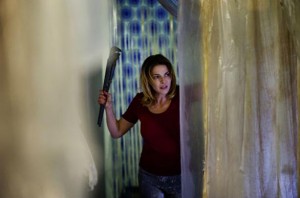 Now, one of the greatest let downs for Tulpa was the use of Italian actress, Michela Cescon, who plays Lisa’s close friend, Joanna. Her performance, to the audience was hilarious because she has been dubbed, extremely badly, with a massively unrealistic British accent. Now, don’t get me wrong, this could be the way in which the Italian’s here the British, but I really doubt that fact. After researching a little, it turns out Cescon is a well known, Italian actress and I felt Tulpa was simply making a mockery of her because the dubbing sounded ridiculous and didn’t go with the mouth moving on screen. Some have argued that this is Zampaglione’s gentle homage to the poor dubbing of old giallo cinema, but really I think this is just poor filmmaking decisions, and it becomes a major let down in the film. As Zampaglione mentioned above, he is trying to make a film about suspense, but instead whenever Joanna is on screen, there simply is none and any tension built before her scenes just leaves. I have to question why the character had to be British in the first place (and although I have my theories, I don’t want to spoil the film for those who haven’t seen it), why not hire a British actress or have Joanna as Italian?

Furthermore, the subtitling was poor throughout the film, there were spelling mistakes and mis -translations, which took away from the piece further because it felt rushed and unready for public consumption – it also felt like no English speaking person had worked on the film (where English is important apparently) and therefore it just got a bit more of it’s status as a horror film in this way. It seemed, the amount that the audience was laughing, that Tulpa in it’s current state would do better as a comedy rather than a horror, which is a shame to say but it’s true.

For all it’s weaknesses (and there are plenty of those), Tulpa is an interesting ride, which has some gruesome murder scenes, a camp horror vibe, which is fun and non-threatening and plenty of hyperbolic twists and turns along the way, which really (in an ideal world) will keep you on the edge of your seat.