This Must Be The Place Review | Front Row Reviews
Home
Reviews

This Must Be The Place Review 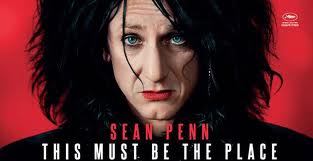 An existential journey of an ageing rocker or ‘Robert Smith goes hunting Nazis’, if either of those descriptions sounds appealing then This Must Be the Place is the film for you. This film bestrides the breach between light-hearted Coenesque comedy drama and something that is far more meaningful. It achieves an exquisite balance between these two genres; this is the beauty of Paolo Sorrentino’s film. This is something that can be seen as throwaway by some but could move others, either way This Must Be the Place is a satisfying viewing, a story told in a very distinct way.

Popular in the 80’s, Cheyenne (Sean Penn) now finds himself in a vast empty mansion with his wife Jane (Frances McDormand). Cheyenne is bored with his life, despite having the support of his wife of so many years; his pop stardom has left him unfulfilled. There is a beautiful and charming chemistry between Cheyenne and Jane. Cheyenne is squeaky voiced and slow speaking, the way he moves indicates a previously very strenuous life on stage which has left him physically shattered. Despite his shy facade he is sharp with an often acerbic wit. Jane is a fire-fighter, on first glance her homely appearance is striking against Cheyenne’s 80’s Goth pop get up but the two have a genuine love, they care about each other, understanding the nuances of one another’s personality. They are a joy to behold.

Much of the movies charm will depend on the viewer’s reaction to Cheyenne. Like Harvey Milk, the eccentricities of this character may prove too much for some, overkill that spoils the film. That said Cheyenne is a very intriguing character, never holding his opinion back, he is refreshing and honest. He spends much of the first part of the film trying to set up Mary (Eve Hewson) with a date; he wishes 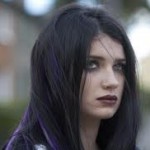 to see her happy due to his consummate boredom. He sees in Mary the same person he is now though she is but a teenager, Cheyenne is still stuck in the past, his appearance is more than just an unwillingness to give up his pop fame there are issues from his past that he must address.

One of these issues is his father, believing like many teenagers that his father never loved him has held Cheyenne back his whole life. Learning of his father’s death and unfinished search for a Nazi officer who humiliated him during WWII, Cheyenne embarks on a journey that could see him settle more than just his father’s uncompleted business but his own. Assisted fragmentally by cantankerous professional Nazi-hunter Mordecai Midler (Judd Hirsch), Cheyenne begins his journey in search for the Nazi, but will of course discover more along the way.

This Must Be the Place is well divided into two sections. The first half sets the scene for Cheyenne’s journey on the road and to his soul, with Sorrentino masterfully juxtaposing the light and dark of situations without shifting the mise en scène. He finds beautiful and touching moments in Cheyenne’s home life and on his search for his father’s antagonist, but cleverly wrenches an optimistic moment 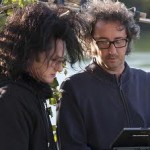 from the audience’s grasp; Cheyenne’s chance encounter with a lonely single mother is soured upon finding her photo in the former domicile of the Nazi he is chasing. This distinct style of storytelling is revitalizing in these days of formulaic Hollywood saccharine.

Standing at the back of an elevator surrounded by four women discussing the right kind of lipstick to use Cheyenne chirps in with some advice of his own. The silence following his shy outburst is broken only by his girlish giggle as he exits the elevator. His conspicuous and sincere personality and the way Sorrentino captures it is the reason this film is such a triumph. A character with such arresting traits and a director who knows how to free them onto the screen is so rarely achieved with such aplomb.