Its that time of year again when kids will be knocking at your door shouting ‘trick or treat’ and as usual there is a massive influx of new horror films to go with that. I thought it would be a good idea to give a run down of the best 3 horror films to date. There are plenty of spooky things to do this Halloween, but watching some of the scariest films ever made is up there. 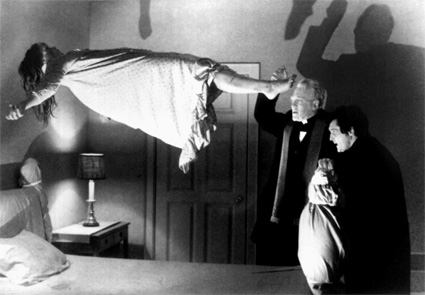 Written by William Peter Blatty and starring Max von Sydow, The Exorcist is based on true events. Knowing that fact makes this film seem much more terrifying than if it was based on true fiction. It is the tale of a 12 year old girl, Regan who begins acting strangely. It then appears she has been possessed. Her mother investigates with the church and a specialist priest is sent in to exorcise her. This film features many scenes that have been spoofed, copied and re-created in later years but none are close to the shear terror of this. When Regan’s head spins 360 degrees and when she floats above the bed its very uncomfortable to watch. So much so that when it was first released in cinemas, people ran out screaming and were passing out. Surely thats the response you want to a good horror film! 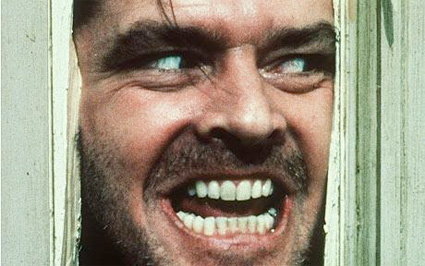 Kubrick was a master of all cinema. Each film he made was a in a different genre and his horror outing was The Shining. Based on a book by Stephen King and starring Jack Nicholson it still remains as one of the best ever. Kubrick made his own version of the book, cutting out all the cheese and making it much more believable.

Its the story of Jack who gets a job as the caretaker of a hotel for the winter. He takes with him his wife Wendy and son Danny. Jack is there to also write a book but gets nowhere and slowly goes insane and tries to kill his family. The hotel itself has some secrets. Its movie making gold, just watch it!

The film is well known for its striking steadycam shots through the corridors and mazes of The Overlook Hotel. The steadycam was pioneered specifically for this film. Amazing! The DVD features a fantastic behind the scenes documentary , filmed by Vivien Kubrick, Stanleys daughter. The part where Jack Nicholson is warming up to get himself into the role of an axe murderer – pure genius! 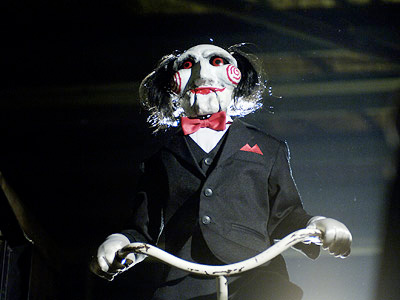 Now Saw, ok maybe in not technically brilliant and beautiful like The Shining or true-ish like The Exorcist but it certainly had the impact and mass appeal to make it a lasting success. Now with the release of Saw VI on our doorsteps, Saw The Ride at Thorpe Park and Saw now officially the biggest horror franchise that has ever been created i thought it was worthy of the top 3.

Saw began with 2 people chained up in an old dirty bathroom. They have a tape player explaining the ‘rules of the game’ – the rules being that they have to kill each other to survive. The games are set by the now legendary Jigsaw. Jigsaw is a man who wife was cruely taken from him and has now taken it upon himself to re-educate peoples attitudes to life and make them realise what they have. Saying that its a very, very, very harsh way of doing so but it does make for entertaining films. Saw VII already in production – will it ever end?

Of course, there are many more and many of you will not agree with me but i have chosen a selection for pure feelings of unease and terror. There have been plenty of teen slasher style films in more recent years and some of them may deserve a place. Its is always so difficult to pick your top 3 films, in any genre.