The 33rd Cambridge Film Festival presented by the Cambridge Film Trust and funded by BFI Film Forever returns to the city from 19th-29th September, boasting its largest programme to date with 150 titles including a great many UK and international premieres from 40 countries worldwide. With a growing international reputation, the Cambridge Film Festival has rapidly expanded into a major UK event renowned for its diverse programme of screenings and special events and use of its attractive locations. Cambridge itself is a special and unique city, with amazing spaces that are just crying out to be used and enjoyed creatively. The truly global focus of the 2013 Festival edition offers something for everyone. 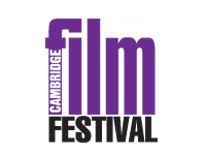 As previously announced, the Festival are delighted that Professor Stephen Hawking will be in attendance for the special Opening Night Gala of HAWKING on 19th September. A remarkable film about the life and work of the planet’s most famous living scientist, told for the first time in his own words and by those closest to him, HAWKING has been made with unique access to Stephen Hawking’s private life in order to tell his extraordinary story. The Opening Night Gala event will be broadcast live to over 60 screens across the UK. The festival closes on 29th September with Oscar-winning director, Kevin MacDonald’s HOW I LIVE NOW, an intelligent Orwellian vision of a post-apocalyptic future and a young girl’s fight for survival starring Saoirse Ronan and George MacKay (who can also be seen in FOR THOSE IN PERIL).

Young Americans showcases the innovative, independent young filmmakers who have emerged in the USA over the last few years. Book ended by the work of David Gordon Green, opening with his latest film, a comedic road comedy with a twist PRINCE AVALANCHE starring Paul Russ and Emile Hirsch, and closing with his impressive debut feature GEORGE WASHINGTON, Young Americans shines the spotlight on the work of visceral and inquisitive new voices that have appeared in American Cinema. Perhaps related to economic and political challenges, these young, independent directors deploy more psychological depth and sensitivity, eschewing big studio involvement to explore the psycho-geography of contemporary American society in a more personal and idiosyncratic fashion. Other highlights in the strand include UK premieres of prolific filmmaker Joe Swanberg’s ALL THE LIGHT IN THE SKY, Matt Porterfield’s runaway drama I USED TO BE DARKER and a special preview of PRIMER director Shane Carruth’s genre defying UPSTREAM COLOR.

There’s no denying the impact of Margaret Thatcher on the British filmmaking landscape of the 1980s. Thatcher’s Britain explores the changes, tensions and opportunities of the Thatcher era as captured and evoked in classic British films of the period. The strand includes the domestic hopes of Mike Leigh’s LIFE IS SWEET, the entrepreneurship of Stephen Frears MY BEAUTIFUL LAUNDRETTE, the deception of Richard Eyre’s THE PLOUGHMAN’S LUNCH, the resilience of a boarded-up Liverpool in Peter Smith’s NO SURRENDER, the media and advertising revival of the 1980s as anticipated by Julien Temple’s ABSOLUTE BEGINNERS, Merchant Ivory’s quintessential costume drama A ROOM WITH A VIEW and Bill Forsyth’s LOCAL HERO, a whimsical tale of corporate rapacity. The season is accompanied by a panel discussion at Emmanuel College about the impact of Thatcher’s Britain on the face of filmmaking.

The work of director/distributor Antony Balch, documentary filmmakers Roger Sampson and Mike Wallington and tailor to the stars, John Pearse is celebrated inEccentric Britain. Ripe for rediscovery, the mini retrospective includes Balch’sWITCHCRAFT THROUGH THE AGES, a reworking of 1922 classic HAXAN with a voice over from William Burroughs, plus other Burroughs related shorts and Blach’s black comedy, HORROR HOSPITAL. The documentary shorts of Roger Sampson and Mike Wallington include the birth of the punk scene in DRESSING FOR PLEASURE, ARROWS about Cockney darts legend Eric Bristow, and CHAMPIONSlooking at people who eat to get into the Guinness Book of Records. Plus John Pearse will present MOVIEMAKERS described as his ‘requiem for the King’s Road’ and Swinging London.

Cambridge Film Festival marks this 33rd programme with a season of fascinating music documentaries entitled 33 1/3. For both budding filmmakers and established directors seeking out inspiring, unheralded or eccentric documentary subjects the world of music is a goldmine of rags-to-riches narratives, iconoclastic characters and outrageous performers. Yielding such gems as GIMME SHELTER, DIG! and SEARCHING FOR SUGARMAN, these music documentaries also tap into and capture cultural phenomena and generation defining moments. The 33 1/3 strand includes Shane Meadows’s MADE OF STONE and THE GREAT HIP HOP HOAX which both explore the capricious nature of the music industry, resurrection and reinvention. 1980s music icon Adam Ant is given an enjoyable tribute in THE BLUE BLACK HUSSAR. In MUSCLE SHOALS the legendary Muscle Shoals studio soul sound in Alabama is discussed by musical giants such as Arethra Franklin and the Rolling Stones who recorded there.  OIL CITY CONFIDENTIAL is Julien Temple’s charismatic ode to the pub-rock scene, encapsulated by iconoclastic Essex rockers Dr Feelgood. Renowned New Wave pop-star Thomas Dolby will present THE INVISIBLE LIGHTHOUSE part film/part live performance; a homage to the now decommissioned Suffolk lighthouse that was such an important landmark of his childhood. Saint Etienne’s Bob Stanley’s new book ‘Yeah Yeah Yeah’ tells the chronological story of the modern pop era. To promote the book’s release Bob Stanley will introduce a special screening of THE WRECKING CREW, Denny Tedesco’s documentary about the‘wrecking crew’ of the 1960s; an elite group of West Coast studio songwriters and musicians who were drafted in to record some of the biggest and most memorable hits of the era.

The Cambridge Film Festival in association with the Goethe-Institut London and Filmgalerie 451 offers a unique chance to see the first comprehensive showcase of legendary cult director Roland Klick in the UK. Widely regarded as the great white hope of German Cinema in the 1970s, Roland Klick should have had a brilliant career. But his dystopian punk rock odysseys, psychedelic westerns and youth-oriented crime dramas were too imaginative and unconventional for the cinema of that time. Marginalized by the critical establishment – although his films won several federal film awards – he did not join the ranks nor shared the success of the New German Cinema directors. Yet, Klick still had an international following and has enjoyed the respect of fellow filmmakers including Steven Spielberg, Quentin Tarantino and Alejando Jodorowsky for his command of genre and his boldness with films that defy categorisation.

The Festival will be screening all of Klicks’ shorts and three of his most important features, DEADLOCK, SUPERMARKET and WHITE STAR. Released to the American market by Roger Corman as LET IT ROCK in a completely butchered edit, the Festival will show WHITE STAR in Klick’s full, original version. In addition, the Festival will have the UK premiere of Sandra Pretchel’s illuminating documentary;ROLAND KLICK – THE HEART IS A HUNGRY HUNTER. Simultaneous to the Cambridge screenings (and reaching into October), the Goethe-Institut London will screen a full retrospective of Klick’s work. In addition there is a wide range of excellent work of Contemporary German Cinema juxtaposing heavyweight auteurs such as Margarethe von Trotta’s HANNAH ARENDT and Peter Sehr’s LUDWIG II with debut feaures by Ramon Zürcher THE STRANGE LITTLE CAT and Hanna Doose UK premiere of award-winning DUST ON OUR HEARTS. The German cinema strand is supported by the Goethe-Institut and German Films.

Cambridge presents a new collaboration with Eye on Films, an exciting initiative promoting the work of emerging filmmaking talent in world cinema through Festivals and distribution. The Cambridge programme includes UK Premieres of Irianian relationship drama ACRID and Turkish/French gender-bending road movie NOOR,plus special screenings of Egyptian cartoonist documentary AS IF WE WERE CATCHING A COBRA and Ukrainan World War II drama HOUSE WITH A TURRET.For further details on this initiative please see separate press release.

Cambridge’s worldwide tour continues with Camera Catalonia, taking a closer look at Catalan cinema and paying homage to JAMON JAMON director Bigas Luna who died earlier this year. Most of Luna’s films were never released in this country. Cambridge Film Festival will screen the UK premiere of ANGUISH, his extraordinary and blackly comic 1987 horror, questioning how we see and look at the world around us. Camera Catalonia also includes UK premieres of EYES ON THE SKY, THE FOREST and THE REDEMPTION OF THE FISH.

Eastern View takes a look at the talented filmmakers coming out of Eastern Europe who share little except their Communist past and the subsequent desire to rebuild their film industries. In the wake of change, each country represented in the programme has different memories and experiences from that era which either directly refer to the past in films such as Romania’s OF SNAILS AND MEN or that influence contemporary issues and concerns facing Eastern Europe in Georgia – THE MACHINE WHICH MAKES EVERYTHING DISAPPEAR, Poland – IN THE NAME OF… and SIENIAWKA, Bulgaria – SOFIA’S LAST AMBULANCE and Estonia –MUSHROOMING.

Cambridge’s spooktacular programme includes highlights from this year’s Film4 Frightfest including stylish Israeli revenge thriller, BIG BAD WOLVES that is equal parts OLDBOY, Hitchcock and the Coen Brothers as well as screenings of Robert Rodriguez’s blood splattered grind house sequel MACHETE KILLS with Danny Trejo returning as the eponymous antihero, a slice of gun-toting Neo Latin Xploitation in the Chilean BRING ME THE HEAD OF THE MACHINE GUN WOMAN and US remake of the cult Mexican family cannibal horror WE ARE WHAT WE ARE. In addition there are special screenings to haunt audiences to the bone from the highly anticipated BFI Gothic season including such classic chillers as Nic Roeg’s DON’T LOOK NOW, Stanley Kubrick’s masterful THE SHINING, Robin Hardy’s cult folk/pagan horror THE WICKER MAN and Jacques Tourneur’s bloodcurdling tale of the occult, NIGHT OF THE DEMON.

A Nos Amours presents a rare screening of Fellini’s SATYRICON and continuing in this vein of cinema excess there are Festival screenings of I AM DIVINE, a warm and affectionate portrait of the life and times of John Waters’s outrageous and provocative leading lady, Divine; the Queen of riotously subversive classics such as PINK FLAMINGOS and FEMALE TROUBLE as well as Beth B’s exuberantly outrageous documentary about burlesque performers, EXPOSED: BEYOND BURLESQUE.

Known for its innovative outdoor cinema programme Cambridge continues its ‘pre-Festival’ ‘Summer of Cinema’ season including family friendly double bills of classicsSINGING IN THE RAIN and JUNGLE BOOK at the ever popular Grantchester Meadows by the river, FINDING NEMO at Jesus Green Lido and EDWARD SCISSORHANDS in the topiary gardens of Childerley Hall in West Cambridgeshire.

Other family friendly events include a special preview of Mark Cousins’ A STORY OF CHILDREN AND FILM, Neil Brand’s Family Comedy silent music event as well as a screening of PROJECT WILD THING, David Bond’s charming and inspiring film, a grass-roots triumph in creative, socially minded activism which aims to encourage future generations of children to discover the magic of the great outdoors.

In addition there is a strong programme of documentary titles encouraging audiences to look at our world in different ways including screenings of DIRTY WARS, GOOGLE AND THE WORLD BRAIN, THE MAN WHO’S MIND EXPLODED, PARTICLE FEVER, THE PERVERTS GUIDE TO IDEOLOGY (Sophie Fiennes and Slavoj Zizek’s follow up to PERVERTS GUIDE TO CINEMA), LEBANESE ROCKET SOCIETY, CRASH REEL, and LEVIATHAN, a bracing cinematic voyage into unchartered documentary territory, warranting comparisons to avant-garde filmmakers like Stan Brakhage as well as a special screening of IN THE SHADOW OF MAN partnered with Birds Eye View.

Short fusion a programme of award-winning shorts includes the UK premiere of the Clermont Ferrand Short Film Festival’s Grand Jury Winner, JUST BEFORE YOU LOSE EVERYTHING. Finally there is also a series of films from Project Trident, a group of local independent filmmakers from the South East of England.