There are few with the poise and authority to interview a giant of 20th Century international politics but Werner Herzog is just the man to interrogate the final president of the Soviet Union, Mikhail Gorbachev. In a series of forthright and revealing conversations, Herzog paints a picture of a true man of the people, a titan of socialism who, the with his policies of Perestroika and Glasnost, changed the world. After two years without a film release, an age in Herzog terms, it’s great to have him back.

As expected, Herzog dives straight in. No time is wasted with preamble, he is a disarming and absorbing presence. He draws the honesty from Gorbachev, discussing where he is from and how he became one of the most powerful and influential figures in world politics. Framed with archive material, drone footage of the bleak countryside of the former president’s home town, the monotone narration, now so familiar to fans of Herzog’s work, paints a picture of this man and the world he inhabited. 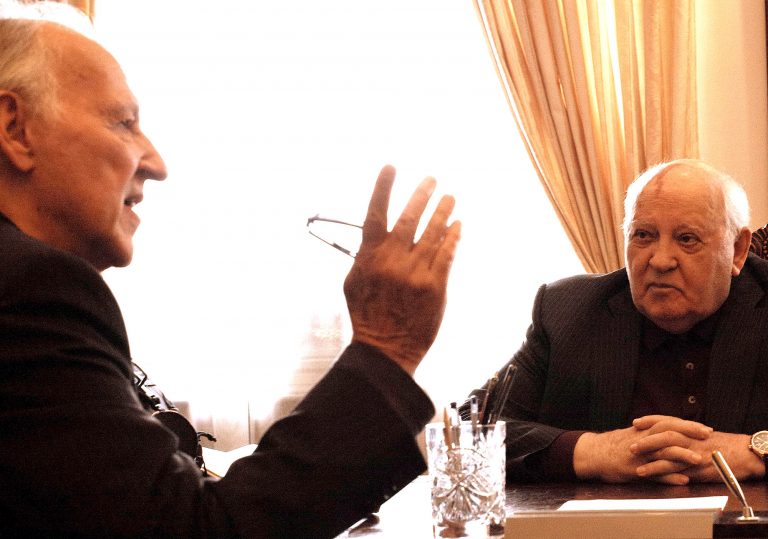 This is one of Herzog’s more simple, straightforward documentaries. Archive footage and talking heads are a heavy presence but it is the one to one interviews where the electricity of this film dwells.

Gorbachev is, unsurprisingly, a fascinating interviewee and Herzog’s admiration and thorough research pours from the screen. He was a man committed to fundamental change and Herzog’s exploration of his achievements and character draws very favourable contemporary comparisons. As the film is brought to a close it is awash with a sincerity and honesty rarely seen in the world of politics, a chance to look behind Gorbachev’s own Iron Curtain and score a glimpse at this rarest of phenomena.