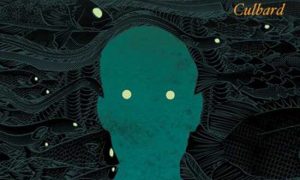 H.P. Lovecraft is no mere mortal in the literature world. He is the mn that launched modern horror. He is a name that inspires awe and reverence. We have seen releases of his work before. Not only from SELFMADEHERO but from other labels. However now we have acclaimed Graphic Novelist I.N.J. Culbard take on four of Lovecraft’s works. UNKNOWN KADATH, THE CASE OF CHARLES DEXTER WARD, AT THE MOUNTAINS OF MADNESS (a major work of Lovecraft) and THE SHADOW OUT OF TIME. 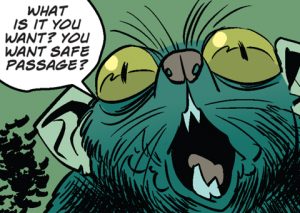 UNKNOWN KADATH finds Randolph Carter dreaming about a mysterious land called Kadath. He can only venture there in his dreams and has been warned, the price to arrive might be very high. Opening a work like this takes skill. You need to know what the reader wants and how to guide them along. No doubt they are mostly going to be a Lovecraft fan, so give them a solid introduction. Not to heavy, nor really Lovecraft in his prime. It condenses the story adequately, maybe over burdening the narrative with dialogue. Even with this, it is visually captivating in its translation. 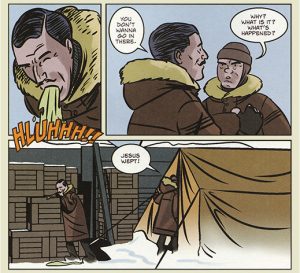 THE CASE OF CHARLES DEXTER WARD sees an apparent mad man escape from a secure institute. The odd thing is that it was from a locked room and he was chained to the bed! Well this is the best story in the set. Culbard leads us from the adequate but being more brutally honest, underwhelming KADATH, into this excellently translated story. Cleverly relying on the story outline and its sketch structure, it makes it work to the crafts primary gift. Visual narration. It is drawn with the right texture, written with urgency and economy, feels of the texture of Lovecraft and ultimately, is on the right side of genuine fright and creeping, unsettling dread.

AT THE MOUNTAINS OF MADNESS sees a polar expedition discover more than just ice inhabiting the snow bound regions. Lovecraft played fast and loose with facts in this story. Culbard gets this with vigour. He heightens the surrounds, seeming to take inspiration as much from the novelette as the film THE THING. This actually benefits the translation. It adds an eerie tone to the whole. Lacking elsewhere, this might become the definitive version. The go to retelling of a story well known and well trodden. Another high point is the monster penguins. They are contained and feel like QUARTERMASS might have discovered them. It makes the whole thing come together nicely. 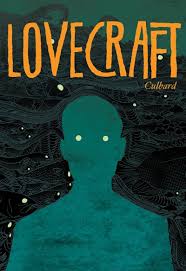 THE SHADOW OUT OF TIME sees a man missing 5 years of his life and wanting to find out where he went. His dreams are telling him something. But what? Lovecraft’s final long work closes the book. I felt it was a good choice for a finale. However the skill of the two previous pieces was lost slightly. The narrative in both drive and translation is lumbering and dull. It feels heavy. The visuals have a tendency to become minimal and abstract but add nothing to the depth of the story. It is about a man in the mist of loss. Memory is our history and sadly that is not expressed here. However the middle two pieces are key to this work and will no doubt carry it and you over the line!