Just Friends follows Instagram-worthy Dutchies as they catwalk their way through a set reminiscent of a noughties music video, complete with sunny scenic views and camera angles that may very well give you nausea.

On one corner of the ring, looking like he’s just walked out of a tanning salon and onto a runway, we have Joris (Josha Stradowski), a ticking time bomb, joined by his surprisingly racist mother who can’t seem to find the bottom of her drink.

Then we have party animal Yad (Majd Mardo), the prodigal son, who can barely stay conscious when we meet him and greets his mother with an attitude that’ll have you wishing you could show him the back of your hand. 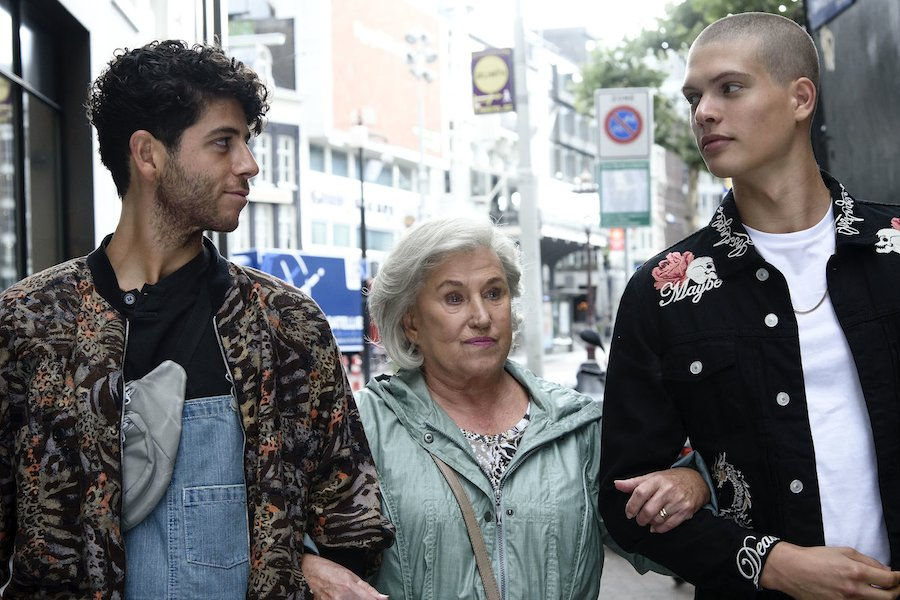 The two meet thanks to Grandma, an optimistic little old lady whom Yad is hired to help around the house, when Joris turns up for a visit. The two end up trading smiles and smooches, frolicking in fields and getting down and dirty on the beach quicker than you can say “Red Light District” and there’s a lot of flesh on show from Joris for you to enjoy. Sadly though, teen angst, homophobes and disapproving mothers get in the way and the star crossed lovers part ways to navigate their own personal issues. 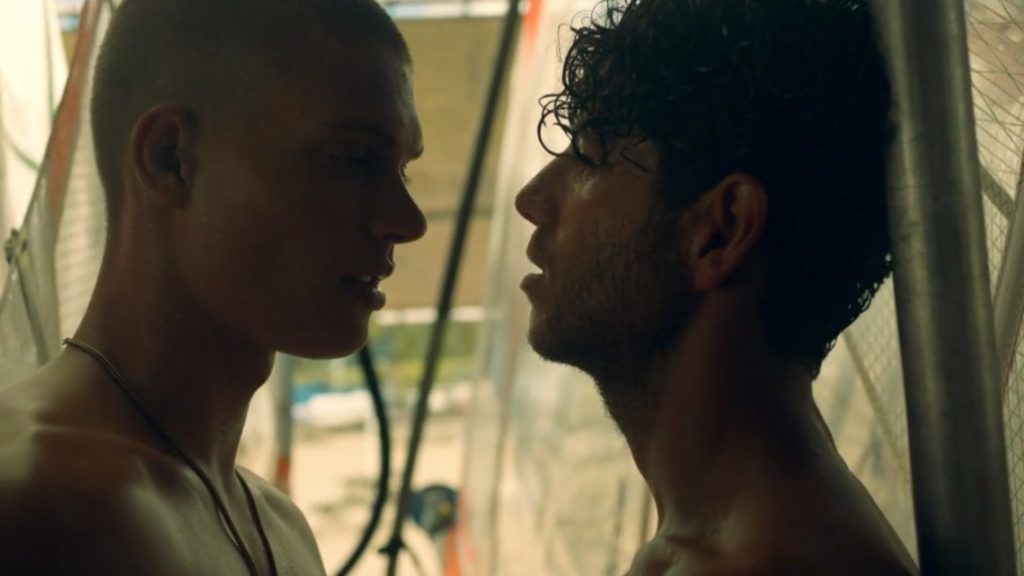 It’s pretty clear from the off-set that Joris and the fam aren’t coping with the loss of Dad, especially as Dad’s urn is never far, appearing as a ghostly reminder of their pain, a symbol of their grief. Yad, on the other hand, has a chip on his shoulder with Mum, but doesn’t really seem to have anything to whinge about. But he doesn’t let that stop him.

Deep, distant looks are in abundance, over the idyllic Dutch countryside, somewhere in Holland that isn’t Amsterdam – if you’ve ever watched a film from the Netherlands then you’ll know to expect incredibly aesthetic shots, and Just Friends is no exception. That being said, the film definitely seems to have some sort of Barbie-world filter, making everyone as beautiful as possible, on top of some not so plastic, incredibly painful human emotions.

What starts out as an annoyingly upbeat pace turns into one of those films that you can’t help but smile to as everyone involved comes to terms with their losses, conflicts and lets go of their anguish. The themes of family and grief are quite strong, and combined with Just Friends superficial approach eases you through both the film and the themes. Both of the boys are portrayed as quite comfortable in their sexualities so it’s nice for a gay film to explore themes that aren’t just about the buggery.