In the Fade review 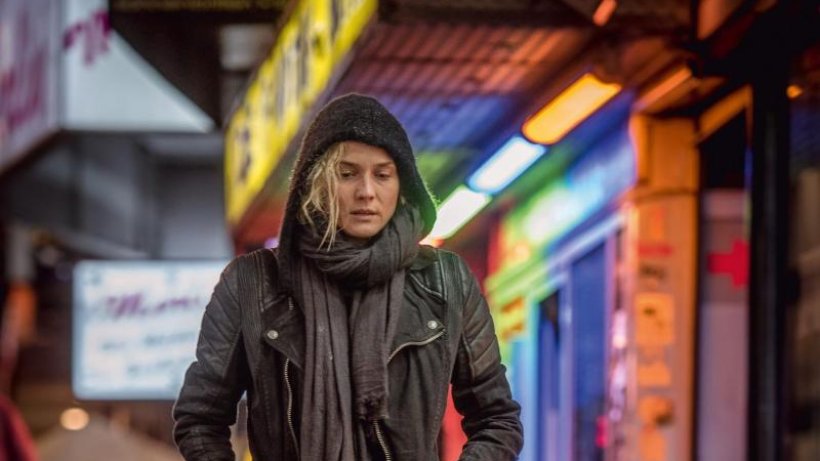 The credit states that In the Fade is the sole work of director Fatih Akin. It’s strange reading that, because you’d be forgiven for thinking that this portmanteau movie had the paws of three different directors all over it. Three directors of varying capabilities too: two of competency and one rookie. Forgive the early passage though because the former two come through and come through very well.

Divided into three distinct chapters, the story charts Diane Kruger’s Katja Sekerci, who seeks out the iron first of justice in light of the bomb attack murder of both her Kurdish husband and her son. The perpetrator and their cause are the sources of early supposition before the courts put those guilty on trial.

Clunky symbolism predominates this opening segment frankly titled as ‘The Family’. Rain lashing down on window panes offer pathetic fallacies aplenty. This is by far the poorest segment of the work, although we do find Katja in the mire of her grief and battling a depression that threatens her survival. When matters pass into the court case and the subsequent fallout, however, In the Fade begins to soar. 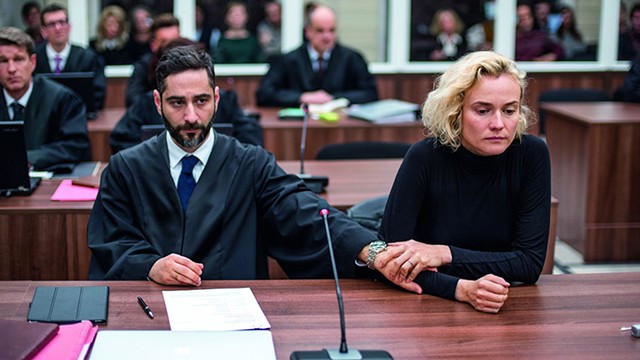 Kruger is a constant source of empathy and sympathy, whilst also ensuring a degree of distance and inscrutability. She draws the viewer in through a performance that ensures a degree of uncertainty in anticipating how Katja will pursue her own particular brand of justice. This means that tension is wound tight until the very final frame, which jolts a shock into the nervous system of the observer with consummate execution.

In the Fade offers a damning indictment on the judicial system in Germany; the concept of trial, recrimination, retribution and rehabilitation. It also affords a cynical stare upon the possibility of forgiveness in the gravest of circumstances and makes the bumpy start to the film truly worth the perseverance come the close. Akin has things to say and takes his chance to say them clearly. A surprisingly effective drama that speaks of domestic issues for its homeland and also of a universally comprehendible plight.