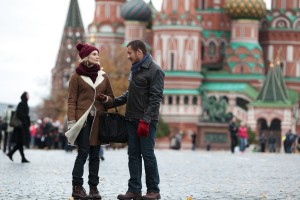 Whilst Pascal Chaumeil is best known for his 2010 romantic comedy, Heartbreaker starring Romain Duris and Vanessa Paradis, his latest release, A Perfect Plan is most certainly not the perfect follow up. In actual fact A Perfect Plan is already two years old; Chaumeil’s latest film was Nick Horby adaptation, A Long Way Down, which didn’t fare too well with audiences or critics earlier this year either. Whereas Heartbreaker (whose screenplay was provided by A Perfect Plan team, Laurent Zeitoun and Yoann Gromb) was charming, subtle, well shot and topped off with great chemistry from Duris and Paradis, A Perfect Plan feels hammy, ill-considered and both leads, Diane Kruger and Dany Boon honestly look like they just don’t give a fuck.

In the film’s favour, the initial premise does promise some humour and intrigue; Isabelle (Kruger) comes from a family of women whose first marriages NEVER work but their second ones always do, so she simply decides that she will never get married. Told through flashbacks (in a story from Isabelle’s sister at a family dinner to her newly single boss, a great framing device), the audience watch Isabelle fall in love with Pierre (Robert Plagnol) and after ten years together she is craving to start a family and have a baby. But of course, here comes the twist, Pierre’s family would never allow him to have a child out of wedlock – no, Isabelle must marry him if they are to have children. Together with her sister, Corinne (Alice Pol), they put a plan together in which Isabelle marries a man they have paid before getting a divorce ten minutes later. The plan seems foolproof, that way when she marries Pierre, he will be husband number two and she would have avoided the curse.

Of course the man they arrange doesn’t show up and here starts Isabelle’s mishaps in finding a new man to marry. She meets Jean-Yves 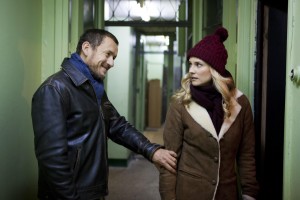 (Boon), a bumbling, lonely idiot who travels the world, writing for a series of guidebooks. So the obvious thing to do would be to tag along with Jean-Yves to a short trip to Kenya (where she says she has frequently traveled) and try and get him to say, ‘I do.’ Then of course, she plans to ditch him, get a divorce and return home without her second husband even realising where she had been. But for Chaumeil, this is not enough and Isabelle has to work on Jean-Yves to finally get what she wants. When she does leave, she suddenly realises that perhaps what she did was wrong, gets to know her new husband and realises perhaps he is what she wants instead…

A Perfect Plan is by the books, which is not necessarily a bad thing. But when your film goes to Africa, throws in all the usual jokes about the foreign food, the insane heat, the bugs and tops it off with a horrendous CGI lion (you read that correctly), then perhaps your film isn’t quite going to plan. All the while constantly reminding the audience that both Kruger and Boon have virtually no chemistry – she isn’t even able to fake compassion for this man whilst he simply looks like he is going through the motions and cares very little about what is going on around him. 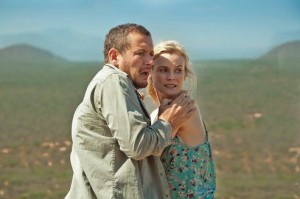 There is nothing in A Perfect Plan that would keep the audience waiting around, except to see if Isabelle and Pierre actually come together in the end but even then after a while it seems to not matter. The film tries to end with a tight ribbon, by introducing the single Pierre to the single boss of Corinne – which leaves the audience wondering why Pierre would be coming over for Christmas to his ex-girlfriend’s family anyway?

Whilst the set up is interesting, the pay off is unrewarding; A Perfect Plan seems to interested in pushing together a couple who clearly have none of the same interests, no attraction whatsoever and at the end of the day perhaps end up together out of pity more than anything else.