Pixar studios have, for at least the last decade, been a stable of movie animation… no, actually as a film studio. Their films have broken records, boundaries, collected handfuls of awards and have kept children and adults throughout the world entertained with their humour, personal characterisations and positivity.

But, it has been reported that they intend to release their first straight to DVD film, ‘Planes’ in the next year or so. Movieline reports that Pixar is developing Planes as “a semi-sequel and spinoff franchise to Cars, one meant to take advantage of the enormously lucrative direct-to-video market.” 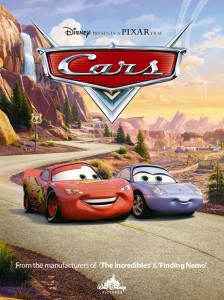 2006’s ‘Cars’ is possibly the least acclaimed Pixar film (which is not hard to imagine with films like ‘Toy Story’ and ‘Wall-E’ in the filmography). The main voices were provided by Owen Wilson, Paul Newman and Bonnie Hunt. Wilson played Lighting McQueen, who through community service has to befriend the cars of Radiator Springs in order to understand the true meaning of family and friendship.

Apparently, Pixar have had the straight to DVD business on their minds before, most notably with ‘Toy Story 2’ but they changed their minds and deemed a theatrical release necessary. A company, which have never been known to shy away from sequels released ‘Toy Story 3’ in June, earlier this year and they are scheduled to release ‘Cars 2’ in 2011 followed by ‘Monsters Inc. 2’ in 2012.

There is little information at this point about the story behind ‘Planes’ but I wonder how long it will be until we see ‘Planes 2’ or even the start of a new strand of Pixar films, all released straight to DVD? Will this damage Pixar’s unique sentimental ways (are big studio bosses more interested in the $$$?) or are they seriously interested in expanding the ways (via further mediums) that they get their stories to audiences quicker and possibly cheaper?