Four months may have already passed since the royal wedding of the decade but Disney Pixar will be giving us a royal reminder when their latest release Cars 2 races into theatres next Friday. 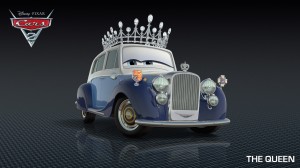 The most regal new edition would have to be ‘The Queen’ (right).  Voiced by Vanessa Redgrave (Atonement, Letters to Juliet) her majesty’s character sparkles as bright as her jewelled crown when she makes her appearance during the final stage of the World Grand Prix.  Producer Denise Ream says: “The Queen’s design in our film is inspired by the elegant lines and paint schemes of British car designs of the finest vintage.” 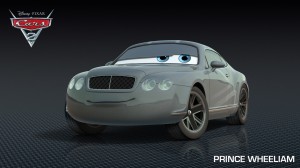 Her Highness is also accompanied by grandson ‘Prince Wheeliam’ (left) who wastes no time supporting his fellow British racers in the final. While we miss the presence of a motorized Middleton, ‘Topper Deckington III’ serves as the perfect companion to show us the sights around London.

Ream adds: “It was an absolute pleasure working on the designs of The Queen and Prince Wheeliam – as it has been over the past two and a half years designing cars as characters with purpose and personality!”

To add the icing to the Chelsea bun, characters ‘Sgt. Highgear’ and ‘Chauncy Fares’ prove to be the quintessentially British counterparts needed to complete a royally good film.

Producer Ream expresses: “We hope that audiences feel that our portrayal of London as a whole is a love letter to the city. We really adore the city and the culture, and so we want people to have as much fun watching the London of Cars 2 as we had making it.” 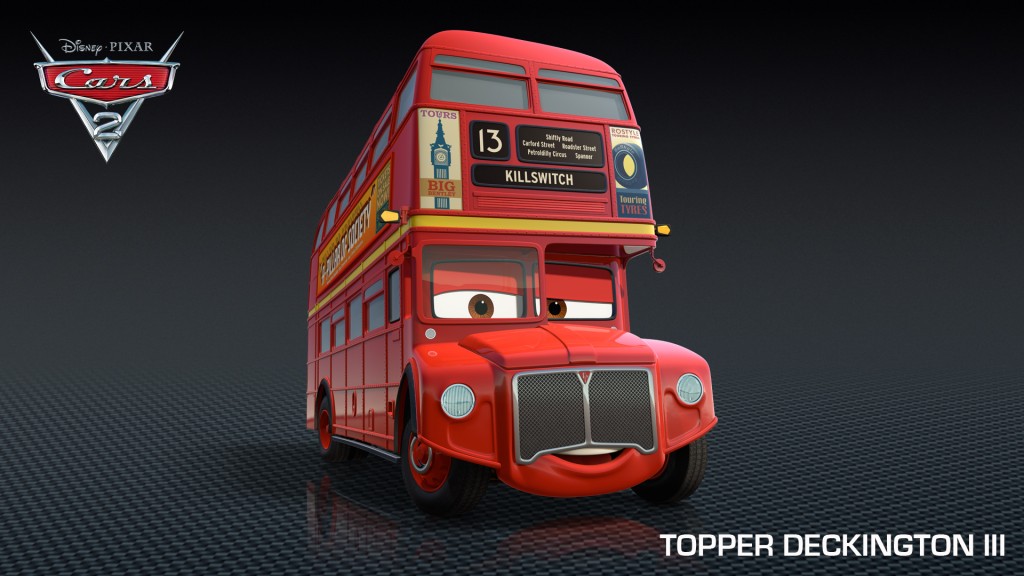