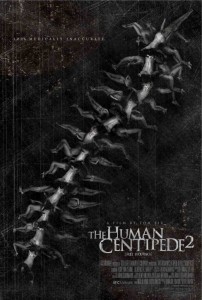 At the start of the month I wrote an article regarding the BBFC overturning their initial banning from earlier this year in regards to Tom Six’s The Human Centipede II (Full Sequence). The film has now been awarded an ’18’ rating after distributor, Eureka Entertainment, agreed to 32 cuts, which amounted to two mins and 37 seconds of film.

My article caused a little bit of a stir on Front Row Reviews and since then the topic of the film and wider, the issue of the BBFC and censorship has been discussed in papers and online. The BBC aired an episode of their Time Shift series last week entitled ‘Dear Censor’, all about censorship in Britain and their history.

Since then, Front Row Reviews has received an interview with the director of the BBFC, David Cooke about the institution, The Human Centipede II and the changing audience of the cinema.

1. Just briefly would you please explain what the role of the BBFC is within filmmaking and distribution in the United Kingdom?

The BBFC classifies films, videos, DVDs and certain video games, advertisements and trailers and is accountable to Parliament under the Video Recordings Act 1984 and Licensing Act 2003.  The BBFC operates transparent, well-understood and trusted co-regulatory classification regimes based on years of expertise and published Guidelines which reflect public opinion and the risk of harm.

The BBFC’s primary aims are to protect children and other vulnerable groups from harm through classification decisions which are legally enforceable; and to empower parents and children through content information and education.  If necessary the BBFC may cut or even reject a film or video work and the BBFC will not classify material which it believes to be in breach of the criminal law.

By law, the BBFC is responsible for classifying films and other works shown in cinemas, and video works. In a voluntary partnership with the home entertainment industry, the BBFC also classifies video works which are distributed online, for example, by means of download or streaming over the internet, under a scheme called BBFC.online.

2. Do you find, towards the BBFC, many aim the moral argument of giving too much responsibility to a corporation and that this may infringe on free choice to watch films?

Because of the combination of its legal obligation and its published Guidelines, the BBFC is in fact quite tightly constrained, though it does take context into account. We know from our public consultations and further research that the public know and trust BBFC classification symbols and that they are especially useful for those with children under the age of 16. At ‘18’ the BBFC do recognise free choice at the adult level and will only intervene if a work poses a harm risk or is in breach of the criminal law. These laws are laid down by Parliament and the Board is accountable. We use extensive research through large-scale public consultations, generally involving 8,000 – 10,000 people and academic research to gauge public acceptability at the adult level.

3. With the Soundtrack Festival airing Kubrick’s classic ‘A Clockwork Orange’ which was withdraw from Britain for 27 years, do you feel that the criteria for film classification has changed with time and why so?

What the Board is aiming to reflect through classification is broad scale public opinion. Over 5 years changes in public opinion are relatively small and detailed, bigger changes become clear when the period is longer, say 20 or 30 years and changes are not always in one direction; for example, the public finds discrimination and racist language less acceptable today than in the 70s and 80s.

4. This possibly continues on from the question before, but do you believe the nature of the audience watching films these days has also changed and we have become immune to certain types of violence or sex for example?

The public certainly changes its attitudes to certain issues over long periods of time. For example some works have lost their impact over the years and appear dated to a contemporary audience. We look carefully at issues such as sex, violence and sexual violence at each review of the Guidelines. These reviews take place every 4-5 years and involve between 8,000 – 10,000 members of the public. They help the Board to stay in step with current public opinion on key issues where public acceptability can shift.

5. In 2008, Michael Haneke release a shot for shot remake of his picture ‘Funny Games’ which is a direct comment on violence within the cinema, is this a new type of filmmaking which is left to the imagination?

Michael Haneke is a critically acclaimed director, and those who attempt simplistic explanations of his films usually come to regret them!

6. A large majority of publicity has gone this year to news that initially ‘The Human Centipede 2’ had been banned by the BBFC. I quote from The Guardian online;

“There is little attempt to portray any of the victims in the film as anything other than objects to be brutalised, degraded and mutilated for the amusement and arousal of the central character, as well as for the pleasure of the audience,” the BBFC said.

The board also said The Human Centipede II may breach the Obscene Publications Act, and “poses a real, as opposed to a fanciful, risk that harm is likely to be caused to potential viewers”.

What was the initial thought behind the banning of a sequel to a film that many horror fans across the country may have been interested in?

The Board’s position is set out in its two press releases (available at http://www.bbfc.co.uk/newsreleases/). In a nutshell, the original version of the work raised serious harm and other concerns, but these have now been addressed through extensive cuts.

7. Furthermore to the initial banning, I believe it was said that the film was uncuttable and therefore would not be shown in the UK. Was this actually the case and if so, why did it then change later this year?

When we first examined this work earlier this year we judged that, as submitted, it was unsuitable for classification; and, as we explained to the company, we could not ourselves see how cuts could produce a viable and classifiable work.

The company lodged an appeal against our decision to refuse classification. In the course of preparations for that appeal, the company proposed a number of cuts which it was right for us to consider. In response, after further examination, we proposed a more extensive series of cuts. These cuts produce a work which many will find difficult but which we believe can properly be classified at the adult level. The company accepted these cuts and the work was been classified, as cut, at 18.

In our original letter of 6 June refusing classification, the Board made clear that it was open to the distributor to attempt cuts. The cuts which have now been made are, in the Board’s judgement, necessary if the film is to be classified.

8. Many believed that the change of mind from the BBFC with regards to the banning and then certification of ‘The Human Centipede 2’ was down to press attention and many film fans voicing an outrage towards the BBFC, was this the case and if so, how far can media influence an authority such as yourselves?

The BBFC carefully monitor press comment as well as public opinion, but its decisions are based solely on its legal obligation and its published Classification Guidelines.

9. As someone who agreed with the initially banning of ‘The Human Centipede 2’, what would you say to a frequent film goer who may have lost a little faith and understanding in the BBFC if overturning a ban is as quick and seemingly (this may not be the case) easy as it was shown to be this year?

The Board will always prefer to contain a film or video work through appropriate classification or cuts before resorting to refusing a classification. The decision to pass the Human Centipede II (Full Sequence) with cuts was not a quick decision. The process involved the company lodging an appeal against our decision to refuse classification and in the course of preparations for that appeal, the company proposed a number of cuts which the Board had to consider. These cuts had to be examined thoroughly and the Board then proposed a more extensive series of cuts. The company also had to consider these before accepting them. The Board could then classify the film, as cut, at ‘18’. 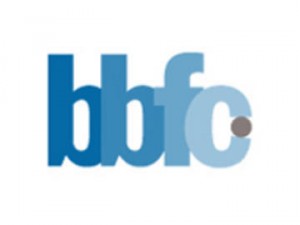 Media interest in any film whether it has been refused a classification or passed at any category will naturally spark public interest. However it is not for the Board to try to control or monitor this media activity or its impact on box office sales. The focus of the Board is protecting children and vulnerable groups from unsuitable content and giving parents and guardians the tools they need to make informed decisions about what their children view at the cinema or in the home. At the adult level our responsibility shifts to ensuring that works do not break the law or cause harm and again media comment has no influence on this.

11. Finally, with regards to censorship & certification in films, is there a criteria or a thought amongst those working at the BBFC about at what point the art form may become warped (hence a reason for banning a film) and what the thoughts of film as an art form currently are within the BBFC. If film is an art form, is there a definite reason that we should accept bannings/certification so openly?

Artistic merit is one of the factors which the Board is able to take into account in border line cases. In deciding what might disturb a particular audience, examiners aim to view in realistic circumstances, and also draw on their knowledge of particular audiences. For instance, the Board does a great deal of media education work with children of all ages and this gives examiners a good sense of audience expectations at different ages the public consultations, including focus groups, also contribute to this knowledge. The Board is also helped by having regular meetings with its advisory panel on children’s viewing.

At ‘18’ the Classification Guidelines state that adults should, as far as possible, be free to choose what they see, provided that it remains within the law and is not potentially harmful.

The Board never rejects a work because it has, in some sense, ‘gone wrong’ as a work of art. The Board’s criteria for any form of intervention are clear: possible harm risk; breach of the criminal law; unacceptability to broad public opinion. At the adult level the last of these, public acceptability, can only be a supporting, not a lead, criterion.

David Cooke is the Director of the British Board of Film Classification. He’s been in post since 2004. Before that, he was a civil servant, working on the Northern Ireland peace process, devolution, asylum, criminal justice and broadcasting policy.

The British Board of Film Classification (BBFC) is an independent, private, not for profit company which classifies films, videos, DVDs and certain video games, advertisements and trailers.  The BBFC operates transparent, well-understood and trusted co-regulatory and self regulatory classification regimes based on years of expertise and published Guidelines which reflect public opinion and the risk of harm; and is accountable to Parliament.

I would like to thank Mr Cooke and the BBFC for facilitating this interview.