One of the most anticipated and perhaps even ambitious movies of 2012 so far is Joss Whedon’s Avengers Assemble. Marvel’s latest installment was the hot topic for discussion today at London’s Claridge’s, and there to promote the franchise was the principal cast, including Robert Downey Jr. Scarlett Johansson, Jeremy Renner, Mark Ruffalo, Tom Hiddleston and Chris Hemsworth. Amongst the cast were producers, Kevin Feige and Jeremy Latcham. 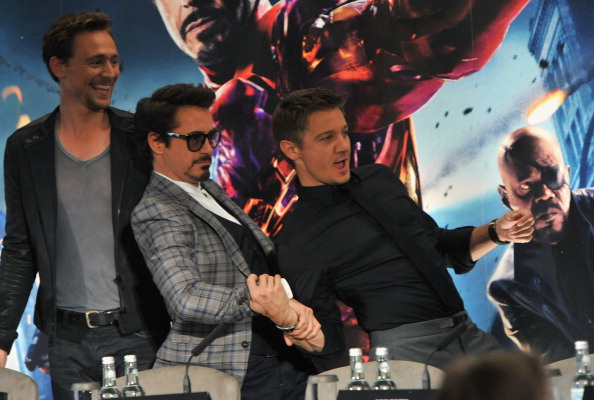 The conference kicked off with a question that was on everybody’s mind, which was to find out the difficulties of taking such an unprecedented concept and turning it into a reality. Latcham focused his response on the conversion from a comic to screen. The challenge was “having to remain faithful to the movies that we’ve already put together, and having to go back to the comics and making sure we were staying faithful to everything in the comics. It is a challenge to try and find the right source material to be an inspiration”.

Kevin Feige’s concerns essentially mirrored those of the film’s executive producer. The challenge for him was “reading the Marvel comics and not knowing who would appear in what. They all exist in the same universe and that’s never been done before. We knew we wanted to have all the individual movies before we teamed them up and so it’s all about trying to get that experience to as broader audience as possible. 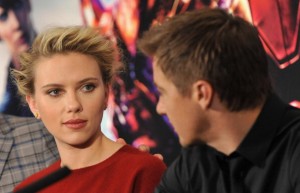 It is extraordinary how Marvel operates in that they would always select the perfect directors for the characters, “whether it’s the theatrics for Thor or that comic irony for Iron Man.” So then what made Joss Whedon the right man for the job? asks Edith Bowman (on her way to Radio 1).

“The best thing about Joss is that in all of his work, no matter if it’s vampires in Buffy or even Firefly, is that it’s always the characters that rise above. Look at the cast assembled in front of you, we wanted them to shine more than the visual effects, more than the explosions, Joss never loses sight of this. My favorite moments in the movie are actually the performances amongst this amazing group.”

It was clear that Robert Downey Jr. leads the party as he certainly made himself at home at the conference, along with his trademark wit. In celebrating great success with his solo campaign as Tony Stark in Iron Man, he was asked at what point in the revolution of Iron Man did he realise he would be taking part in the Avengers? And more trivially, did he get to keep the Black Sabbath T-shirts? “In reverse order of importance, I walked off set with one of the black Sabbath T-shirts. Do you know where I put it? I miss-located it. From five years ago, when we did the first Iron Man, to today, with all these folks you see up here, it couldn’t have gone any better, all three franchises we have launched so far had to work, if this didn’t work then it affected all the previous franchises, and there’s also the potential for additional franchises, based on how strongly people are reacting to Jeremy, to Scarlett, and to Mark. I’m not one of those people who are like ‘I don’t understand how everything is going so well’, but in this one instance, seems to be the situation. 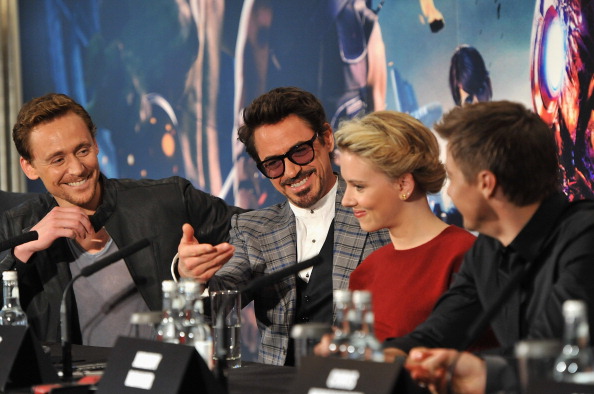 Downey Jr. being literally at the centre of the event was in the firing line, as was his neighbor, Johansson. To Downey, “Did you learn anything throughout the process of Iron Man as Tony Stark goes from a very egotistical character to someone who’s learned to play as a team and to Scarlett, to get in the shape, did you have any diet, or have to eat any specific food?” In true Downey Jr. fashion, his reply was “If I’ve learned anything, its that people are more interested in your second question to Scarlett than anything I have to say.” Scarlett then reluctantly obliges with an answer – “in doing a lot of training, and all that stunt work, you eat a lot of green things.”

With so much action crammed into 143-minute runtime, it was insightful to hear what the actors had to say about the production process. Hiddleston, who plays the villain Loki said, “A small person called Tom had to do most of that himself. Hurling myself into the air and throwing myself to the floor repeatedly, I must have looked like a lunatic, which kind of describes Loki.

Very rarely do we see Hollywood produce such powerful female characters. Cobie Smulders playing Agent Maria Hill and Scarlett Johansson as Black Widow took the opportunity to tell us a little on the effects of being a woman in what someone called “a male dominated genre”. For those who are familiar with Whedon’s previous work, they’ll know that the director is no stranger to working with central female characters.

Cobie’s response was, “Joss was very hands on from the beginning in terms of creating the character, down to posturing and how long my nails were gonna be, it continued on set, hands on with the dialogue.”  Scarlett: “When all of us first met Joss, he met with each of us individually to see what we wanted to see in the characters. We did talk about my character’s flight and her dark past, and never did he say anything about my character’s gender at all – that in a way describes it – Joss is gender blind in some way. He wants his female characters to be dynamic and competitive and assured and confident and it has nothing to do with the fact that he celebrates those sorts of strong female characters.” 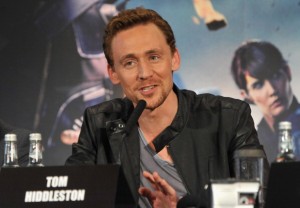 So how do you get all these amazing superheroes and so much talent into one film, because we are all dying to know? Hiddleston jumped at the chance to share his perspective. “The thing that was most impressive for me was the incredible screenplay that he [Whedon] wrote. He answered the question, which was how do you get all these superheroes in one film. He was incredibly open, that’s all you want as an actor, is you want to collaborate, everyone at this table has a degree of ownership, and he respected our possession in a way. We’ve all lived under the skin of our characters for some time so he was constantly asking does this feel right? Does this feel true to you? Is this in your voice? Most of the time I was just turning up and saying my brilliant lines he had written on my behalf.”

Hiddleston very humbly communicated a rather poignant sentiment as he spoke of the journey to creating the Avengers. “We’re lucky enough to have a fan base, it’s often that we make a film that you really care about, you put your heart and soul into it, and you think it’s half decent, then you turn up and say does anyone want to see it? – And maybe nobody does. We’re lucky to have people who love the characters as much, or even more than we do. I find it thrilling that there’s a preexisting passion for the material. Rather than being paralyzed by the fear of what people might think – it’s fun to deliver something that you hope they will enjoy.” 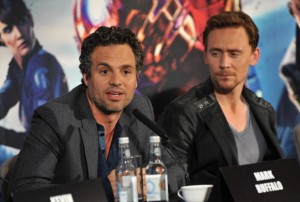 When Ruffalo was announced as Edward Norton’s replacement as Bruce Banner, A.K.A The Hulk, it was not received as greatly as the Shutter Island star had hoped. “I was overcome by a moment of very poor judgment early on. By going online and seeing the response to me coming in and stepping in to the new Banner, I wont do that again, It wasn’t glowing, and I found the fans exuberant passion to be very, very brutal. I hoped we’ve amended that.”

He continued to shed some light on his attraction to the role, despite the harsh reception his appointment had received. “As a kid I was a huge Hulk fan. I talked to Joss – I liked the idea that I’d be the first actor to play both Banner and The Hulk (achieved through motion capture) – that was probably the most exciting thing for me. Technology has brought us to a place where an actor can play The Hulk. I loved being able to bust out into this big green rage machine.

Up to just a few weeks ago, the title was simply The Avengers. To end the discussion, it had to be asked as to why the title was lengthened to Avengers Assemble. All of a sudden, there was this tension within the room as if blasphemy had ensued. After attempting to sidestep the question by merely offering a “jokey” response, “we thought wouldn’t it be nice to give our English fans another word”, Kevin Feige, when provoked further for a serious answer had only this to say – “Right look, it’s the same movie, same logo design and the determination of the media team was to have it changed.” – (Awkward). 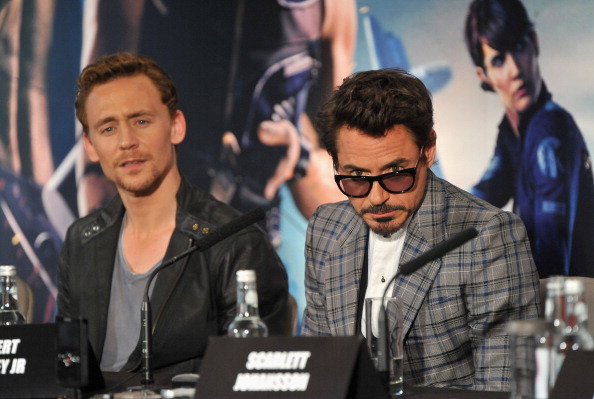 What’s Tony Stark’s favorite fight move? “Well, probably how I can fall out of buildings and…survive… because of my tech. Notice how that fight move involves no one but me and MY STUFF.”