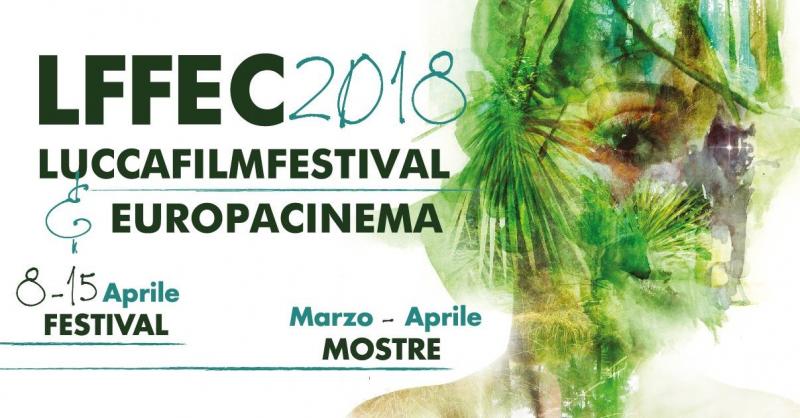 From quietly inauspicious beginnings back in the mid-noughties, the idyllic Italian city of Lucca – already a place positively dripping with history – has bred an impressive festival of film that is increasing in stature with every passing year. Wet-behind-the-ears though it may be in broader film festival terms, it is growing comfortably into its teenage years with beguiling modesty and much, much promise.

It is certainly attracting some estimable talent. None more so than in 2018, which drew notable appearances by Martin Freeman, Anton Corbijn, Stephen Frears and Rupert Everett. If that sounds like a Brits-abroad excuse for a jaunty sojourn into the wine-tasting terrain of the sunny climes (yes, including one adopted Brit), then damn and blast your worthless, snooty cynicism. Your ignorance be dismissed out of hand. It is so much more than that.

Upon first sight, the stately yet elegantly decadent, opulent and statuesque architecture of the walled city – known as that of a hundred churches – is a rabbit warren of wonder nestled in the Tuscan plains. The cobbled streets and looming, peering churches present a foreboding atmosphere hinting at its own formidably rich past. 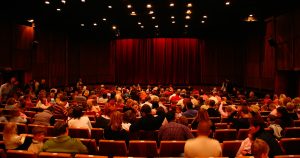 Whilst the film festival is still currently dwarfed by the annual music equivalent, the Italian Premieres of Wes Anderson’s acerbic and quirk-tastic Isle of Dogs, evocative British chiller Ghost Stories (and plenty of others) evidence a turning of the tide.

Add this to thorough career retrospectives of Stephen Frears and Anton Corbijn, and you have something of a comprehensive celebration for the cineaste and mainstream fodder for the casual observer alike.

In Fears’ case, this dug all the way back to his humble Albert Finney-starring debut, Gumshoe, which is la work laden with enough politically incorrect slurs to render a Jim Davidson-70s sketch as acceptable. Flawed as Gumshoe may be, however, it is a diverting curio notable as the launchpad for the Frears career and signpost to his canny way with a trusty old camera.

Martin Freeman attended the press conference of the aforementioned Ghost Stories with a dose of English awkwardness and wit, even quipping that the inclement weather during his attendance (heavy, unrelenting lashings of rain) as being a different brand of rain – ‘romantic Italian rain’, if you will – rather than the precipitous moisture that often besets his homeland. 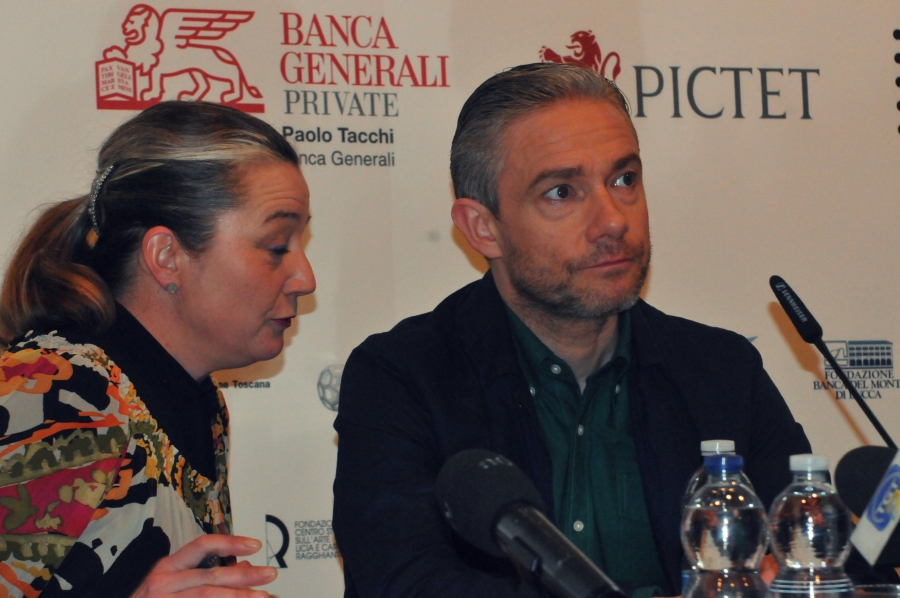 Of Ghost Stories and his view of the supernatural in general, he remarked, ‘I don’t know if the supernatural exists. Nor does anybody else. I try not to be dogmatic about it either way. My honest answer is that I am open to anything being possible. My mother was educated in a convent from the ages of 3 to 18. I was brought up with a belief in what some would call ‘supernatural’ and others would call a ‘religion’. I am perfectly open to anything being possible’. That night, Freeman walked the red carpet outside Cinema Astra and was greeted like a Beatle touching down on the tarmac at Kennedy Airport in 1964. Quite a sight to behold.

As for Lucca as a festival experience, the Tuscan province is famously home of Puccini, and music seeps from the city’s pores. A diversion down any single narrow backstreet will likely greet the intrepid explorer with the sound of a piano playing from a denizen’s chambers or an organised procession thumping out a drum beat or eight. A tasty, sympathetic backdrop for festivities. It is charming and intimate; expressive and inspiring. It is also at the time of year prior to the surge of tourists that threaten to engulf Lucca come the summer months.

Providing a relatively modest scale of films, the festival cannot hope to compete with the Cannes of Berlinales of this world, but there is ample room at the table for a smaller feast that caters for the Mediterranean region. (One that stands aside from Venice, of course). The programme covets the roads less travelled, and though there is argument for the inclusion of English subtitles on non-English films (something that would surely lure in a wider crowd; especially in a tourist friendly enclave such as Lucca. In addition, it would have benefit in appealing to international press), it has enough charm, chutzpah and je n’ais se quoi to toot an individualistic horn. In short: it has character. 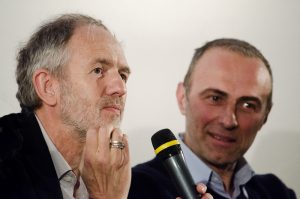 Back in the programme, offering a ‘masterclass’ was the unexpectedly shy and retiring Anton Corbijn (cut from an altogether different cloth to another, phonetically similar ‘Corbijn’ (sic), I think it’s fair to say). He traced back through his career with reference to videos for Coldplay (‘Talk’), Nirvana (‘Heart-Shaped Box’), Arcade Fire (‘Reflektor’) and others with self-deprecation, charm and a bagful of insight. All in front of a sold-out cinema.

He opined that Kurt Cobain was the only artist from whom he has taken artistic instruction; confessing that ‘Heart-Shaped Box’ was 90% the Nirvana frontman’s idea and how ‘Pennyroyal Tea’ was a subsequently mooted collaboration that he turned down. It is to his eternal regret. ‘He (Kurt) was one of the sweetest musicians I ever worked with’, mused Corbijn, before further adding that Cobain uttered to him matter-of-factly, ‘If you don’t do another video with me, I’ll never do another one with anybody else ever again’. He never did. In some ways, it mattered little as, by the time ‘Heart-Shaped Box’ was adorned with a slew of awards, the singer songwriter was tragically six feet under. 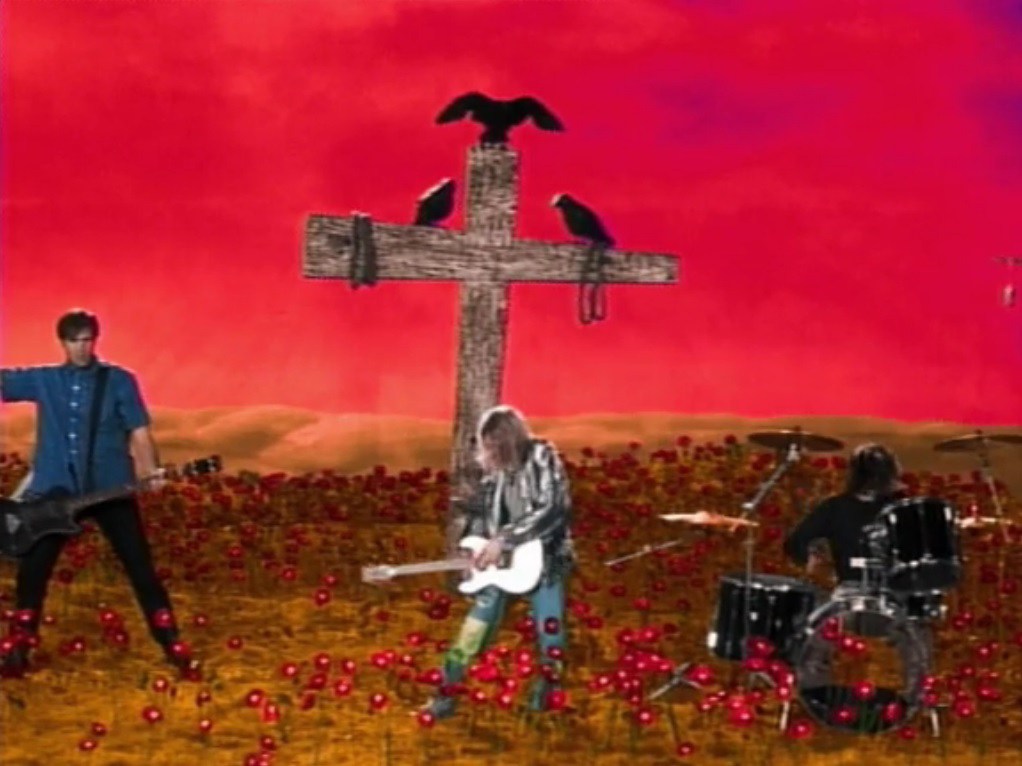 That night, a party involving projections of Corbijn’s music videos, replete with a consummate singer, greeted a bar in one of the local areas. Tucked away in the nooks and crannies of this compact city, this gathering represented just one example of the celebratory events that decorate the film festival throughout its occupancy.

It is at this point that this hack had to depart. A traipse through the wall, aboard a train and out to Pisa airport – for the grey clouds of Blighty awaited my return. Through its spark, Lucca had left a mark. This little gem of a festival might lurk in the backwaters of a cluttered calendar, but it has much in which to be proud. Let’s see where it goes from here.