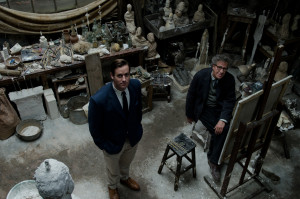 Stanley Tucci is not a man to be rushed into the director’s chair. His latest effort, Final Portrait (which could also easily be renamed ‘Portrait of the Artist as an Old Man’), represents his first foray as a director of film in almost ten years. In the Hollywood acting community, and as a contemporary-of-sorts, only Mel Gibson has been more indolent and laissez faire in the maintenance of this type of secondary career to supplement the day job.

There has been a strong showing at the Berlinale in 2017 for true stories eschewing a standard biopic chart and, instead, homing in on a single chapter of an artisan’s life. In Final Portrait, Stanley Tucci calls upon the stupendous, reliable talents of Geoffrey Rush to evoke a chapter in Alberto Giacometti’s life when he put brush to canvass to construct a portrait of journalist James Lord (Armie Hammer) in his Paris studio. By the late 1950s, without fully realising it, he was in the midst of the autumn days of his life, and Tucci highlights Giacometti as gruff, eccentric and thoroughly unpredictable. It might be the stuff of cliché, but it piques intrigue all the same.

Giacometti develops a peculiar bond with Lord, and these two (un)likely lads go for numerous strolls, drink coffee and down wine whilst Giacometti extolls his view on the world. ‘I want to see the world the way you do’, says Lord. It might make for an interesting vacation, but a permanent place of residence would surely be disorientating. Giacometti comes across as a man enslaved to his whims. He indulges capriciously, albeit with full-hearted commitment, to whichever whim he so evinces. 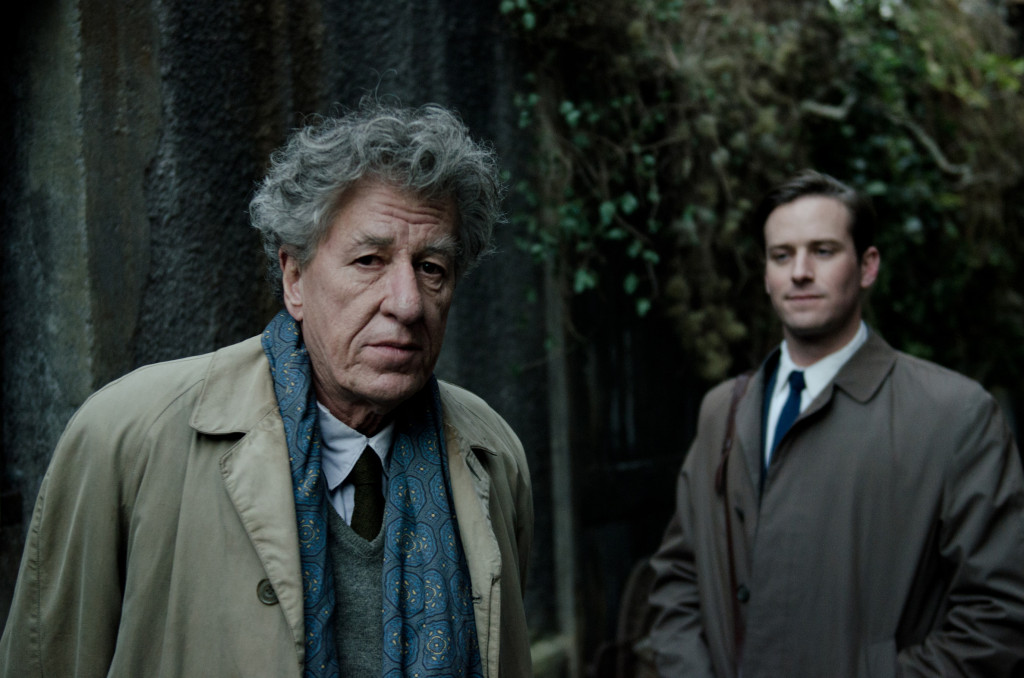 Laced with genteel humour and the occasional expletive, Final Portrait is a slightly curious choice of film for Tucci to write and direct. It is hard to say what he wants audiences to learn about Giacometti or art generally. Haven’t we been here before, and recently at that? Thinks of Mike Leigh’s JM Turner piece, Mr Turner, for example. It is arguable that the much maligned, Andy Garcia-starring, Modligliani, was a more entertaining ride.

And yet, for all of the criticisms you could possibly aim at Final Portrait, there is enough charm in Hammer and Rush’s chemistry to engage and pull the audience onside. James Lord was no protégé, he was a participant and an observer; a subject and a fleeting muse. It was one that indulged the mercurial, eccentric artist. With the knowledge that such artists as Rembrandt and Mozart died penniless, it is nice to understand that Giacometti had a casual relationship with the financial spoils procured by his talent.

Warmly directed and warmly performed, Final Portrait is a quaint window into a specific chapter of another time and another place.