Quatermass and the Pit – Review

Made in Britain, Reviews 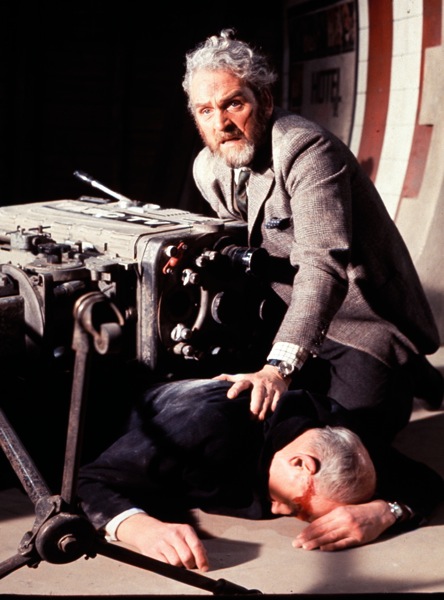 The secrets hidden beneath London’s streets are certainly ripe territory for a horror. Here Nigel Kneale has adapted his successful TV serial for the big screen with Roy Ward Baker directing. The direction (and general feel) is solid if workmanlike. Baker succeeds in creating a convincing world and filling it with quality actors playing an assortment of professionals and experts.

So we have Andrew Keir as the titular Professor Quatermass, James Donald as Dr Roney, Julian Glover as Colonel Breen, Bryan Marshall as Captain Potter and Barbara Shelley exuding latent sauce as, well, ‘Barbara’. The main duty of these characters appears to be minor squabbling followed by long explanations. And that’s the main problem – the endless explaining. There’s so much talk about wonders beyond our knowledge it’s as if the characters are referring to some other brilliant, but unseen, film.

This is a ‘What if?’ movie that unfortunately leaves you thinking: ‘What if?’
‘What if the nice chemistry between Quatermass and Barbara had been developed?’
‘What if the story had been simplified to create the British equivalent of Them! ?’
‘What if they’d embraced the inherent nuttiness of the plot?’ 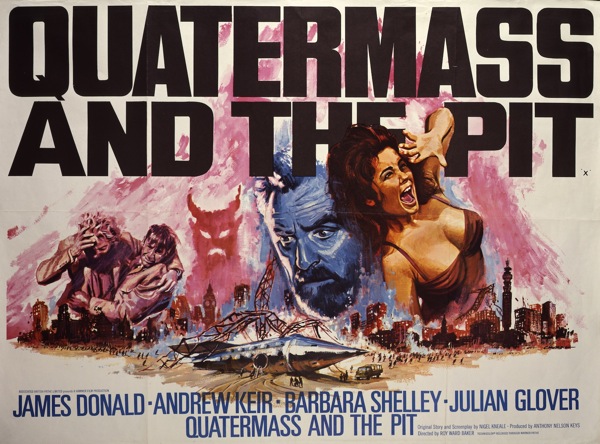 Overall this is a strangely watchable film with performances that keep us intrigued. The story clearly suffers from the compression necessary in the switch from TV series to film. There are many ideas here but none that are given the breathing space to take seed within our minds. You get the feeling that this tale of past horrors and worlds beyond our own is best suited to the longer format where it can be absorbed at home, in the dark, sometime ‘round about midnight.

Quatermass and the Pit will be screening across the UK on Tuesday 3 July as part of the Made In Britain season.