Making a film is never straightforward. To succeed is to solve a peculiar puzzle of logistics, temperaments and creativity. Each production throws up particular challenges and odd situations whether that’s dragging a steamboat over a mountain (Fitzcarraldo), making Vancouver look like New York (Rumble in the Bronx), or getting a performance out of Steven Seagal (take your pick). 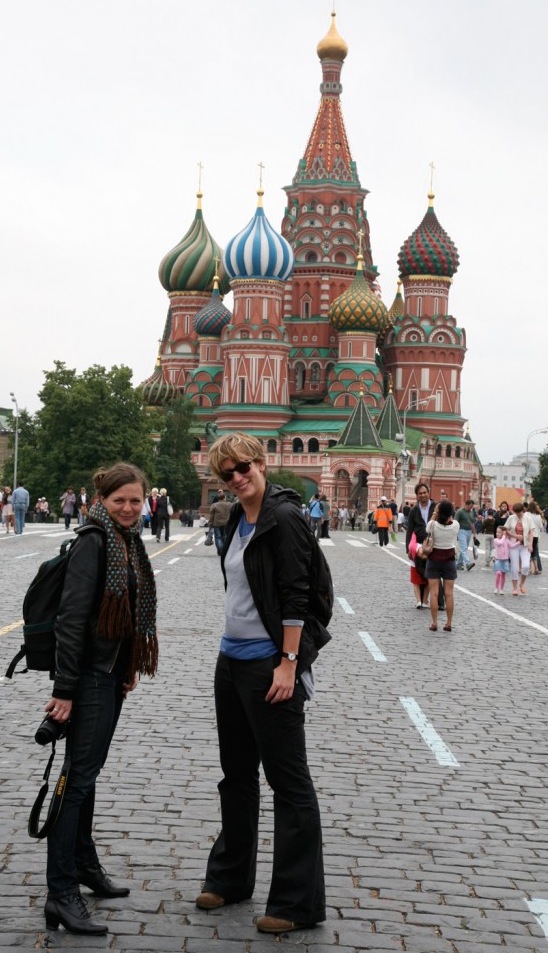 Adapted from the book by Amy Spurling, My Soviet Kitchen is a romantic comedy in culture shock. Set in 1994 it tells the story of Ivy Stone who visits Moscow to complete her PhD. Her plans for three months of focused research derail on her very first night when she gets drunk by mistake and falls in love for the first time in her life.

Brek and Elizabeth received development funding from the BFI and this allowed them to hone the script and do recces in Russia and Georgia. They also did script read throughs and started casting and meeting potential crew. Still looking to raise some of the budget, they set off to the Cannes Film Festival.

Unlike many film festivals, Cannes is primarily for the industry not the public. The Marché is where people go to buy and sell films, to pitch and schmooze, to beat the drum and hopefully hustle their films into existence.

Cannes is a strange mix of studios and the elite flashing their cash in their yachts or the Majestic bar, while filmmakers beg for pennies (or if they’re lucky get to walk along a rain sodden red carpet past a firing range of photographers).

We’ll be following My Soviet Kitchen all the way through production but it seems appropriate for this fish out of water story to start with a pair of English filmmakers abroad. 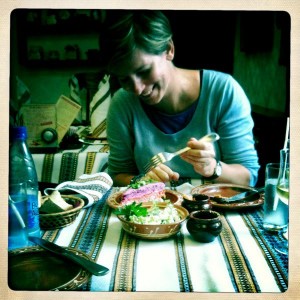 Front Row Reviews caught up with Elizabeth and Brek.

FRR: Why go to Cannes?

Elizabeth Mitchell: Cannes is an incredibly powerful and convenient ‘one stop shop’ to meet sales agents, executive producers, financiers and distributors from around the world. Depending on the stage your project is at, you can meet more relevant people (and crucially, face-to-face) in a couple of days than for the rest of the year. For MSK, which is an international co-production, it is all the more effective.

Brek Taylor: It’s also incredibly helpful way of getting a thorough understanding of where the film business is at, who’s who and what people, companies or countries are currently looking for and interested in.

FRR: Is the process of fundraising here different to the UK?

EM: No, the same old slog! People ask the same questions and you pitch the same anywhere.

BT: Though some times here you only have 5 mins to make your pitch happen. We started a meeting with one Sales Agent and after telling him the story and cast he handed us his business card and told us he needed to get to his next meet but loved what we’d told him and to email him our details. We know about half hour LA style meets but that was taking the biscuit!

FRR: I’ve heard getting a second film made can be harder than the first – how have you found it compared to your experience with Island?

EM: There is an element of truth to that. Overall, the process has been faster – Island took five years from option to distribution – with higher profile support in the form of the BFI and so on. But it’s also a more ambitious, bigger-budget film so the hurdles you have to jump are higher.

BT: You have lost the gift of innocence which so protects you on your first film from the onslaught of problems throughout. On the second feature you can keep referring back and remembering the emotional, mental and physical marathon experienced and so to keep going can actually be quite hard when you know what you have to face ahead this time. However, it can be very uplifting to make decisions and understand the consequences of your choice – I feel like I have more or a honed instinct now as to why what and when we need to do things on second film.

FRR: Is it easier to get funding for an adaptation rather than an original script? 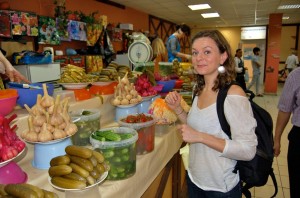 EM: Financiers like the marketing angle of basing the movie on a pre-existing piece with a built in audience. However, with all respect to Amy’s book, we are talking about such a niche little audience that it doesn’t really make much difference.

FRR: How do you go about getting a cast and crew before all the funding is in place?

EM: Good faith and humour! Most people understand the way making independent film works and so long as you’re honest with them and keep them updated whenever possible, it’s usually fine.

BT: We’ve carried quite a few Head of Department’s over from our first film too. We’ve got a relationship there which has helped to keep people signed up to the project.

FRR: Have you found it tempting to veer away from your original conception of the script and cast in order to secure funding?

EM: You have to be flexible but not lose your, or the film’s, integrity. It’s like those dolls where you can mix and match their clothes…close your eyes and imagine seeing X in their first reveal. If it makes you burst out laughing then it’s probably not a good idea!

BT: I’m not sure we’ve so much veered away but we have considered a seemingly wide range of cast for the main role. Each actor brings their own skills and emphasis so we have to be ready to adapt the storyworld feel according to the qualities the actor brings to the role. It’s probably quite a subtle shift to anyone on the outside of this project but to us it can seem quite big at times, but it’s important to get it right so that the story details all work together cohesively for our audience to lose themselves.

See more on the making of My Soviet Kitchen here