The best cutting edge Black & White films since the 70s

Since Woody Allen’s seminal film Manhattan (1979) which was specifically shot in Black & White to give New York city a “great look” and Scorsese’s Raging Bull (1980) starring Robert De Niro, key filmmakers have chosen to shoot in Black and White for a number of reasons – to focus on the narrative, stylistically or perhaps set itself apart from the competition. Celebrating the World Premiere of cult film in the making – I PLAY WITH THE PHRASE EACH OTHER at Raindance Film Festival this year on 2 October, we look at the best cutting edge indie films which took Black and White to the next level… 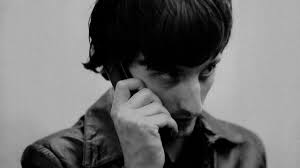 The story these phone calls shape begins with Jake, a young neurotic who is persuaded to leave his small home town and move to the city to live with his friend Sean, a fanatical poet who survives by swindling inexperienced Craigslist customers. When Jake arrives in the city, Sean has disappeared, and as he struggles to secure a job and a place to stay, Jake discovers a nocturnal world of neon poverty in which his friend is thriving.

The film is set amid the starving landscape of recession era America. It documents the current plight of unemployed youth, as well as an aging homeless population, relegated to precarious lives of urban criminality. By relating its generation through cell phones alone, the film chases the private and public sway of hyper-connectivity in the age of Media. 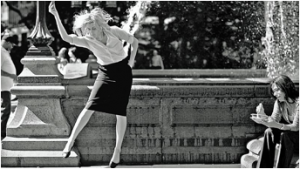 Frances Halladay is a 27-year-old dancer who lives with her best friend Sophie, but Sophie decides to move out and live with another friend, leaving Frances to figure out how to live her life and survive on her own. A down and out film set in New York.  Written by Noah Baumbach and Greta Gerwig. Greta Gerwig also stars as Frances Ha. Being black and white gives it a timeless feel. 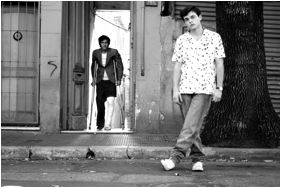 Tetro is a drama film written and directed by Francis Ford Coppola and starring Vincent Gallo. Filming took place in 2008 in Buenos Aires, Patagonia and Spain. With a high content of Film Noir and set in Argentina, with the reunion of two brothers, the sotry follows the rivalries born out of creative differences pased down through generations of an artisitic Italian immigrant family. 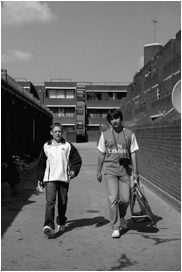 Somers Town is directed by Shane Meadows, written by Paul Fraser and produced by Barnaby Spurrier. It stars Thomas Turgoose (This is England) and Piotr Jagiello. It was entirely funded by Eurostar.

The Film is a study of social environment in the Somers Town area of London, largely shot in black and white.

Somers Town follows several days in the lives of two teenage boys, Tomo and Marek, who develop a mutual trust and form an unlikely friendship. 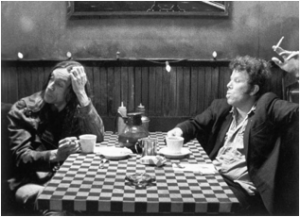 A comic series of short vignettes built on one another to create a cumulative effect, as the characters discuss things as diverse as caffeine popsicles, Paris in the ’20s, and the use of nicotine as an insecticide–all the while sitting around sipping coffee and smoking cigarettes.

As director Jim Jarmusch delves into the normal pace of our world from an extraordinary angle, he shows just how absorbing the obsessions, joys and addictions of life can be, if truly observed. 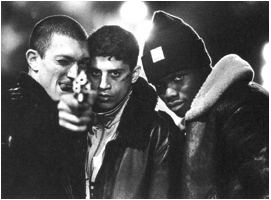 La Haine is a French black and white drama/ suspence film written, co- edited and directed by Mathieu Kassovitz. It is commonly released under its French title in the English speaking world. It is about three young friends and their struggle to live in the banlieues, suburban areas of Paris. The film being shot in black and white portrays the gritty/ urban settings of the surroundings.

Ed Wood is an American comedy drama biopic directed and produced by Tim Burton, starring Johnny Depp as cult filmmaker Ed Wood. The film concerns the period in Wood’s life when he made his best known films as well as his releantionship with actor Bela Lugost, played by Martin Landau. Sarah Jessica Parker, Patricia Arquette, Lisa Maria and Bill Murray are among the supporting cast. Being shot in black and white mirrors the quirkiness of the film. 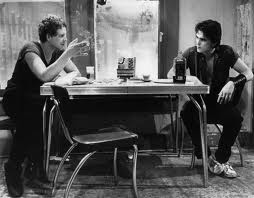 Rumble Fish is an American drama film directed by Francis Ford Coppola. It is based on a novel by S.E Hinton, who also wrote the screenplay. The Film centres on the relationship between Motorcycle boy Mickey Rourke, a revered former gang leader wishing to live a more peaceful life, and his younger brother, Rusty James who is played by Matt Dillon.

The Film is notable for its avant garde style with a film noir feel. It is shot on stark high contrast black and white film, styles similar to French New Wave cinema and German Expressionism. 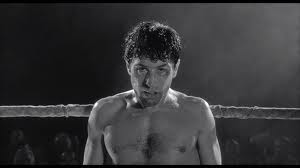 Raging Bull is a biographical sports drama film directed by Martin Scorsese, produced by Robert Chartoff. It stars Robert De Niro as Jake LaMotta, an Italian American middleweight boxer whose self destructive and obsessive rage, sexual jealousy and animalistic appetite destroyed his relationship and his wife and family. It is regarded as one of the greatest films ever made. 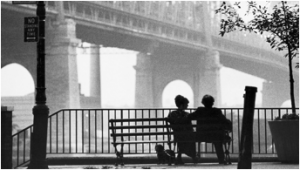 Manhattan was filmed in black and white, the decision for this was to give New York a “great look”.