It is easy to forget what a great director Woody Allen is after a recent spate of misfires (Vicky Christina Barcelona aside). His latest, Midnight in Paris opened at Cannes last week to average reviews, with many critics accusing him of using every cliche in the book. Nevertheless he is one of the all time greatest American Directors, with a very unique style and a strong sense of humour. Whilst films from other directors such as Scorsese and Tarantino are emulated time and time again, there has not ever been a filmmaker like Woody Allen as his approach to cinema is so personal. Here are just four of his greatest moments in no particular order:

This has to be one of the funniest  scenes from any of Woody Allen’s work. Here Fielding Mellish (Allen), tries to ignore a couple of thieves as they rob an old lady sitting next to him, before he is forced into confrontation. Allen’s prowess as a physical comedian comes into play, as the scene wholly relies on his awkward movements and facial expressions. It also demonstrates a far more slapstick side to his work. Also notice Sylvester Stallone in an early role as one of the thieves, 5 years before he came to fame with Rocky. 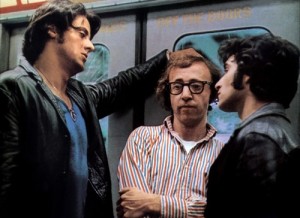 2) Annie Hall – Queue at the Cinema

Here Woody Allen taps into a pet hate of many film fans: over opinionated film snobs. Alvy (Allen) is stuck in a queue for the cinema with Annie (Diane Keaton), but all he can hear is the ranting of a man quite keen to push his views on cinema. Alvy then puts him on the spot by dragging a film theorist Marshall McLuhan onto screen to put the man right. Woody Allen’s final line ‘If only life was like this’ sums up this memorable scene.

3) Hannah and Her Sisters – The Break Up Scene

Few break-up scenes have ever felt as real or as heart breaking as this one. Lee (Barabara Hershey) returns home to her lover Frederick (Max Von Sydow) to end their relationship. Allen’s direction of Sydow is masterful, as you can’t help but feel sympathy for a  man whose life is crumbling before his eyes. It also demonstrates that the comedian can direct far more than just comedy. 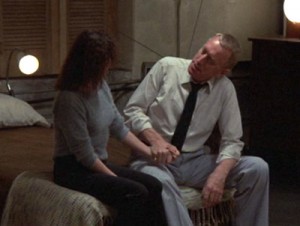 Woody Allen up until ten years ago was seen as a New York filmmaker. Few other directors have captured the city as beautifully as he has. Therefore what better scene to demonstrate this than the opening of Manhattan, which captures the city elegantly in black and white. When accompanied by Gershwin and Allens musings on his city, it is an unforgettable moment in cinema history. 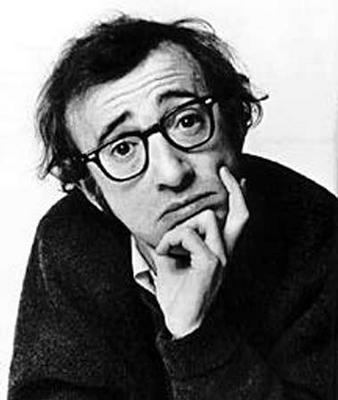