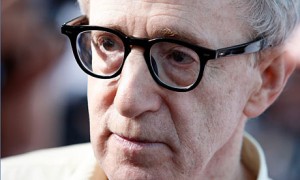 The film has not been titled yet and Allen has not revealed its plot, but filming is scheduled to begin in Rome this summer. It will be the first time the writer-director has filmed in the Italian capital, following a string of movies shot in London (2005’s Match Point, 2006’s Scoop, 2007’s Cassandra’s Dream and 2010’s You Will Meet a Tall Dark Stranger) and 2008’s Vicky Cristina Barcelona, which was shot in Barcelona.