This year’s Bradford International Film Festival kicks off on Thursday 11 April, and runs until 21 April at the National Media Museum and other venues across Bradford and West Yorkshire in partnership once again with Virgin Media. Now in its 19th year, the annual event boasts an exciting range of world- and UK-premieres, special weekends, talks, symposiums, screening categories both regular and new, and unique events.

As always, digesting the sheer variety on offer can be difficult. Here’s Front Row Reviews‘ snapshot guide, then, to help you navigate the latest instalment of what is these days one of the UK’s most reliable film festivals when it comes to exhibiting and celebrating a film culture that consists both of neglected obscurities and forgotten classics.

One such celebration is Happy Birthday, Indian Cinema!, which marks the centenary of Indian film by screening eleven of its finest exports. On Saturday 16 April, there is a free-to-attend 60-minute talk on Indian Cinema, led by Bollywood expert Irna Qureshi in the National Media Museum Café. 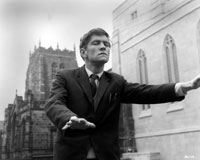 BIFF’s Special Guest this year is Sir Tom Courtenay, who receives the Festival’s Lifetime Achievement Award in conjunction with the 50th anniversary re-release of Billy Liar (1963, left); also screening is The Dresser (1983), which celebrates its 30th anniversary this year, and One Day in the Life of Ivan Denisovich (1970). Before the latter – whose screening on the evening of Saturday 13 April is a rare opportunity in itself to see the film on the big screen, let alone on 35mm – Courtenay will be present for an hour-long discussion of his life and work with Festival Co-Director Neil Young.

Other strands dedicated to singular names include A Tribute to Stan Brakhage and Alexey Balabanov. While the former brings together six films from American cinema’s chief experimentalist Brakhage (1933-2003), the latter exhibits three recent features from Russian maverick Balabanov, for whom theatrical distribution in the UK has proved strangely and frustratingly elusive. Fans of Balabanov’s 1997 cult classic Brother will be pleased to hear that Cargo 200 (2007), A Stoker (2010) and Me Too (2012) are further demonstrations of the filmmaker’s irreverence, talent and ear for foot-tappingly good music.

A one-off screening on Wednesday 17 April features work from documentarian and Bradfordian C. H. Wood, while on Friday 19 April Bradford Cathedral hosts a Yorkshire Film Archive presentation of Bradford on Film, an ultra-rare opportunity to view a 90-minute compilation of Bradford as captured on film from 1897 to the 1970s. 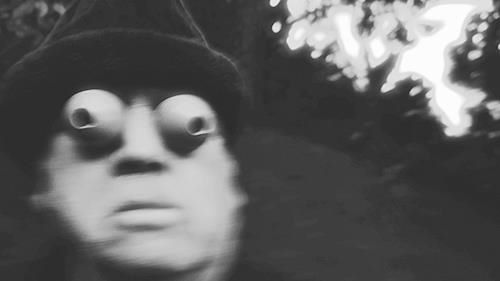 Unique to this year’s BIFF is its sixpackfilm: a tribute, which compiles work from the discerning Austrian distribution company. Included here is the UK-premiere of Fata Morgana (2013), Peter Schreiner’s latest feature, which screens alongside Johann Lurf’s recent short Reconnaissance (also a UK-premiere). Screening before various other films during the festival is a selection of sixpackfilm shorts, one- to six-minute gems including new works from Apichatpong Weerasethakul and David Lynch (above). sixpackfilmclassics, meanwhile, is a run of films from Austria’s avant-garde, curated especially for BIFF by sixpackfilm co-founder Brigitta Burger-Utzer. Prepare to be dazzled, challenged and taken to places unthought-of.

Returning to BIFF this year is its Family Film Fundays strand, which this year features programmes of Tom and Jerry shorts alongside light-writing and magic-lantern workshops. At 10am on each Saturday throughout April and heading into May, meanwhile, Bradford City Park hosts Saturday Matinees on the Big Screen. 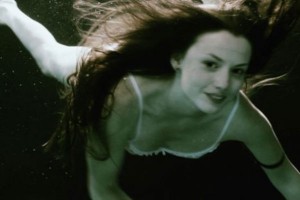 BIFF introduced the European Features Competition into its programme last year, and the strand returns here with six productions from the continent, all made within the past year: Dutch film 170Hz (right); Czech film A Night Too Young; Bulgarian feature Faith, Love & Whiskey; German/French/Swiss co-production Kill Me; Poland’s To Kill a Beaver; and Croatia’s Vegetarian Cannibal.

Horror fans should also be intrigued by Magpie, Marc Price’s less-grisly follow-up to his low-budget zombie film Colin (2005), which is one of 29 titles in the festival’s New Features strand (including the six European Features Competition entrants). Of these, A Dream’s Merchant and Gone Wild continue BIFF’s exhibition of lesser-known entries into the Romanian New Wave canon, while other highlights include Colombia-set drama La Playa DC 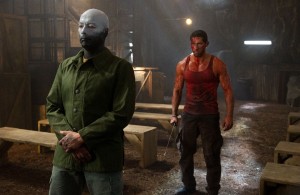 Of the 24 titles that comprise BIFF’s New Shorts strand this year, six are competing for its Shine Short Film Competition prize, which is designed to celebrate one emerging director of those shortlisted from a pool of hundreds of international submissions.

Also returning for what is now its seventh year is Uncharted States of America, which pools together 13 more independent films from the USA, including One Way Boogie Woogie (2012), the latest work from BIFF regular James Benning, and Nor’easter (2012) from promisingly hot new talent Andrew Brotzman. Also not to be missed is Sometimes City (2011), Tom (brother of Jim) Jarmusch’s documentary on the inhabitants of an economically decimated Cleveland, Ohio (which screens with Jarmusch’s short Alfredo).

Though it graces the world’s first UNESCO City of Film for eleven days, of course, Bradford International Film Festival also welcomes back what is now its mainstay feature: Widescreen Weekend (26-29 April), which exhibits the likes of The Longest Day (1962, below), The Sound of Music (1965) and Gettysburg (1993) in 70mm, as well as The Great Escape (1963) in a new 4k digital restoration. You can purchase a pass to see all Widescreen Weekend films for £90 (£70 concessions).

Who said film was finished?

Bradford International Film Festival runs 11-21 April, and extends to 26-29 April for Widescreen Weekend. Tickets to all screenings and events are on sale via the National Media Museum’s website and box office. For updates and information via Twitter, follow @BradFilmFest.