Scott of the Antartic DVD Review 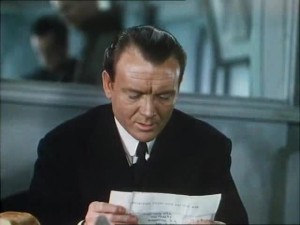 Based on his own diaries and journals, this is the adventure of a lifetime for the brave and fearless Captain R.F Scott (John Mills). He is to take an expedition to the Antartic with other brave, patriotic souls . He will take Dr Wilson (Harold Warrender ), Captain Oates (Derek Bond) Lieutenant Bowers (Reginald Beckwith), Petty Officer Evans (James Robertson Justice) and Lieutenant Evans (Kenneth More). They are setting out to be the first people ever to reach the Pole and do so before the Norweigan team lead by Amundsen. They must cross seas, ice deserts and navigate the polar plateau. 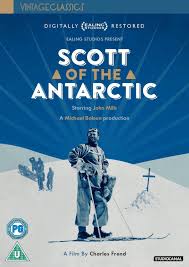 The biographical films of cinema are often a mixture of conjecture, reduction and adulation. Even now we have films that turn relatively mundane people into heroes (Blind side), while making heroes into nothing more than revenue tools (Walk the line). Shot some 35 years after the events, based in most on his diaries and made on the soil of his native land, Scott of the Antartic is a patriotic piece and no messing. It is a standard bearing British feature that turns a hard hearted man (Scott) into an ok, stoic kind of a chap. It wants him and his team to be a rallying call to those seeing the end of empire and the dawn of a new world after the war, Post colonial. The dawning of a new power, America and new country, Great Britian. Scott lead a doomed expedition (Terra Nova) and did so with the same stiff upper lip, the same its going to fail type vaneer of all of the British mythology. Many people at the time and even now are searching for that defining element. 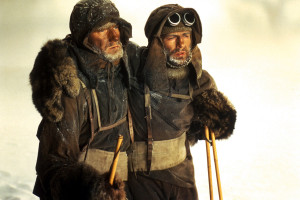 Now the film is incredibly watchable. Mills is an actor of humility and you warm to him. Reginald Beckwith is a big hearted performer as well and gives a solid performance. Robertson Justice is always an excellent watch and More is, well Kenneth More. Christopher Lee even pops up and this is a delight. However the real star of the show is Cardiff and his cinematography. It makes a studio floor feel vast, it makes it feel like a solid wall of ice, it addes depth and is the 12 man so to speak here. The disc is well produced with good extras. Mills home movie footage is the standout here. cardiff commentary is also worth some time.