Guess Who Is Coming to Dinner Blu Ray 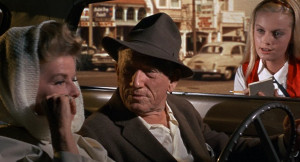 Joanna (Katharine Houghton) is just about to get married to the intelligent doctor John Prentice (Sidney Poitier). He is coming over to meet the parents and spend time getting to know them. He is well breed, achieved much and is considered a superb person in his field. He is also black, and Joanna’s parents Matthew Drayton (Tracy) and his patrician wife Christina (Hepburn) are for all that liberal vocabulary, a little unsure and even more so, just a little challenged by this situation. What will happen as dinner is served? 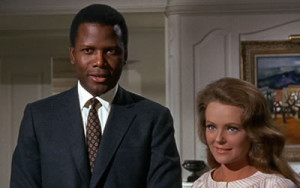 Race relations today, as ever is significant. This film is a standout in this event and in this moment in history. Yes this is Tracey’s final film, yes it is a positive reflection of an inter racial relationship which was rare at the time and yes it was a stage play. Outside all of that the film is superb in performances, direction, production and craft. It is over long and to the modern viewer, lacks bite and has aged in its racial convesation but the relevance of an America that is divided by race, can and should not be ignored. 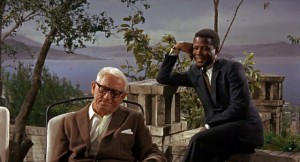 The disc is grand. Blu Ray looks great and the extras are very good indeed. Intros are less great but the retrospective on the production, the Kramer doc, The Special Love Hepburn piece and the Kramer speeches are well worth some time.